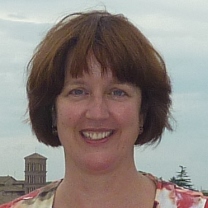 Bernadette Ossendorp graduated in chemistry from Utrecht University in 1988. After obtaining her PhD in biochemistry in 1992, she worked for five years as a post-doctoral fellow at the University of Utrecht.

Since 1998, Bernadette Ossendorp has worked at RIVM, initially involved mainly in risk assessment of pesticides to consumers. She has used this experience since 2000 in her role as advisor on pesticides for Dutch policy and in internationally in various scientific committees. These committees include the Joint FAO/WHO Meeting on Pesticide Residues (JMPR) that advises Codex Alimentarius, and the Panel on Plant Protection Products and their Residues (PPR) of the European Food Safety Authority (EFSA). Bernadette was the Chairperson of the PPR panel from 2012-2015. She took the initiative in setting up the WHO Collaborating Centre on Chemical Food Safety, which was formally inaugurated on 30 May 2013.

Since 2007, Bernadette has been in charge of various RIVM departments and is currently head of Food Safety. She has a wide orientation on the risks of substances in food, not only pesticides but also compounds, such as environmental contaminants, additives and veterinary medicines.