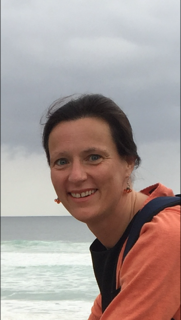 Along with more than 17 million others, we are the Dutch society. How do we improve everyone's chances of healthy participation in society? That is RIVM’s challenge, as well as that of all its partners in health, sports, welfare and the environment.

Mariken Leurs (1970) studied Human Movement Sciences and Health Promotion at Maastricht University. She began her career at the WHO in Geneva focusing on the World Atlas on Tobacco and Health. Back home in the Netherlands, she started work on promoting physical activity at the Dutch Olympic Committee * Dutch Sports Federation (NOC*NSF) and got  involved with the 'Europe on the Move' network. She contributed to developing the Dutch Standard for Healthy Physical Activity, introducing Walking for Sport in the Netherlands and launching the TV exercise programme ‘Nederland in Beweging!’ (Netherlands Up and Moving!) for senior citizens. In 2008, she obtained her PhD at Maastricht University for her practical research with the Municipal Public Health Services of Zuid Limburg on whole school health promotion. This work involved laying the foundations for the current healthy school programme, which RIVM’s Centre for Health and Society contributes to, together with the Association of Community Health Services and the education councils.

In 2006, Mariken became programme secretary for youth care research at the Netherlands Organisation for Health Research and Innovation (ZonMw). During this period, she contributed to the start of quality-based thinking and quality assessment in the sector. In later years, this became the recognition accreditation system for behavioural interventions in a range of sectors, and was therefore an important building block for evidence-based local policy. The recognition system is nowadays one of the main programmes of the RIVM Centre for Healthy Living, headed by Mariken as of 2009.. In the summer of 2013, Mariken moved to the Ministry of Health, Welfare and Sport, where she became Deputy Director of Sports.  Her portfolio at the ministry included sports knowledge infrastructure, the extensive Local Sports and Exercise programme and sports and exercise for people with disabilities. In the autumn of 2017 Mariken returned to RIVM and became head of the Centre for Health and Society.