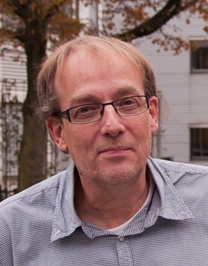 No meaningful advice without active involvement in research.

After his study in biology, Willem Luytjes (1954) obtained his PhD in virology in 1989 at Utrecht University. He then went to New York to work at the Mt Sinai Medical Center. The research he did there yielded the first genetically modified influenza viruses, a breakthrough in that area.

From 1990 to 1998, Willem Luytjes studied corona viruses at the LUMC, including five years as a KNAW (the Royal Netherlands Academy of Arts and Sciences) researcher. In 1998 he moved to RIVM and became project leader for the development of vaccines against RSV (Respiratory Syncytial Virus, an important pathogen of pulmonary infections in babies and the elderly). From 2003 onwards, he also became Programme Manager of influenza virus projects, later for all viral vaccine projects at the Netherlands Vaccine Institute.

In 2011, his position was moved to RIVM. And since 2013, he is a senior scientific advisor at the Centre for Immunology of Infectious Diseases and Vaccines.
At his current position, Willem Luytjes advises on and does research into the workings and optimisation of the Dutch National Immunisation Programme (NIP) and immunology caused by vaccinations in comparison with infections.