The figure below shows the data from 6 January 2021 on. The chart shows the percentage of people who tested positive for COVID-19 for each age group, as a proportion of all the confirmed cases reported to the GGD. The corresponding percentages are also displayed.

Children aged 0 to 17 years old comprise 20.7% of the population. The chart shows that they represent a lower percentage of the people who tested positive for COVID-19. 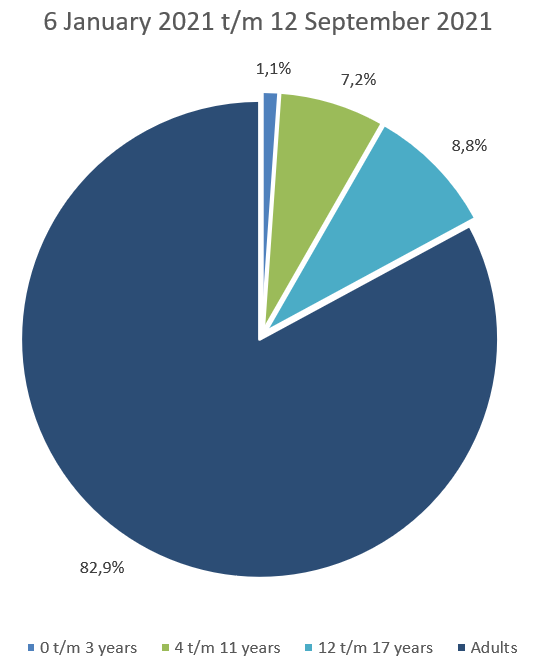 Since January 2021, all children can be tested if they have symptoms.

As of 1 July 2021, the Municipal Public Health Services (GGDs) also test people for travelling abroad. These test results are not included in the figures below.

Employees working in schools were tested less often during the summer holidays. A person is considered a school employee if they worked on location in the past two weeks.

From 2 August to 12 September 2021, over 20,845 people working in education or childcare were tested. 7.4% of those tests were positive. This percentage is lower than the total of 11.7% of the over 600,000 thousand adults tested in the test lanes in the same period.

The same pattern can be observed in 2021 (1 January to 12 September). The percentage of children and adolescents admitted to hospital has not changed over time.

For many people who have COVID-19, it is also possible to trace which other person with COVID-19 is a probable source of the infection. The figure below shows that people mainly infect others around the same age. Infection between parents and children of all ages occurs somewhat less frequently.

The data has been updated to September 2021 and displays 541,789 linked pairs of infected people. It is clear that people in the age group of 15-19 years and older are more likely to be a source of infection than children in the age groups of 0-4, 5-9 and 10-14 years. 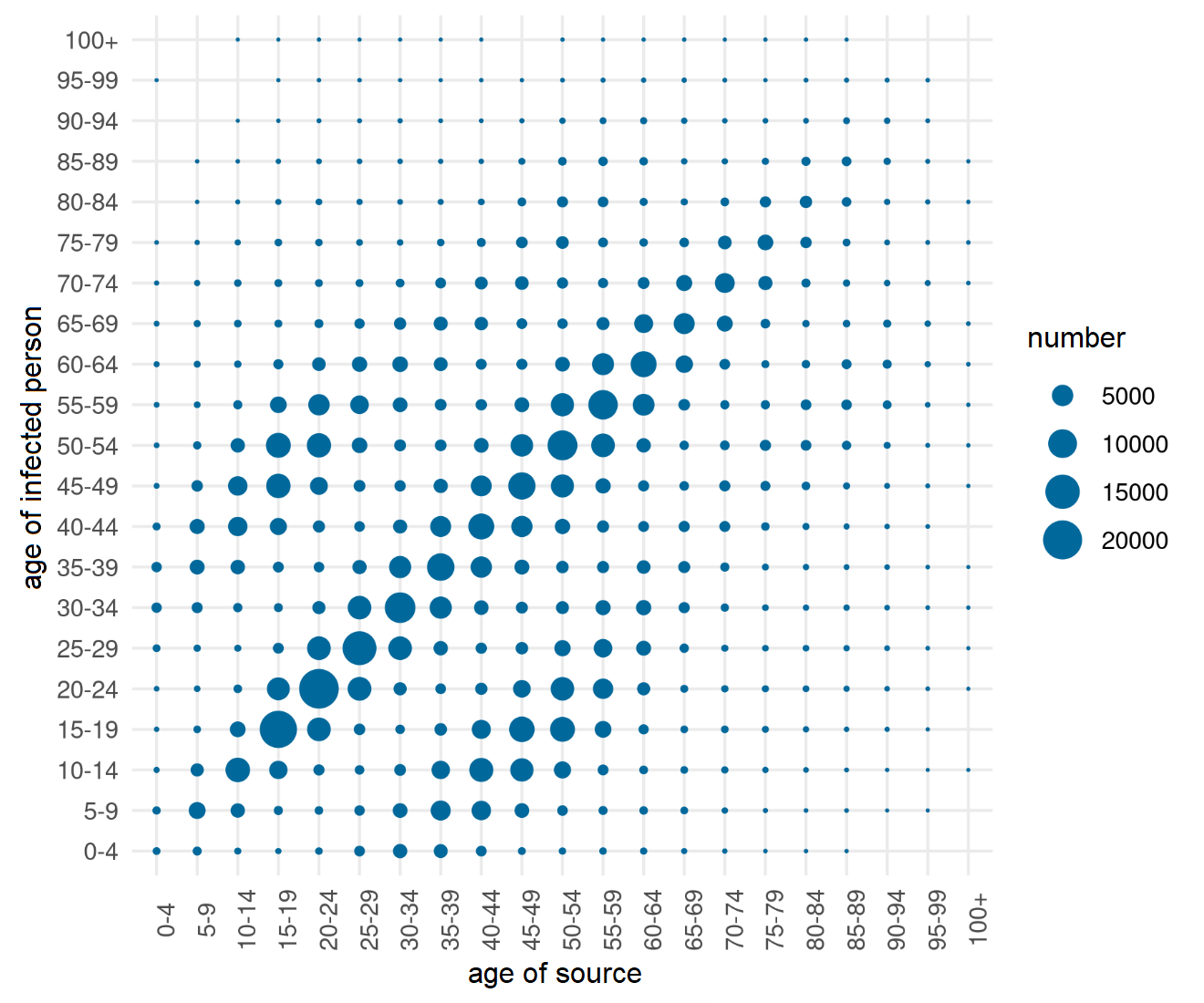 Infected contacts according to the age of the source

Number of infected contacts according to the age of the source

Figure 1: The absolute numbers of people (in source and contact tracing) who tested positive for SARS-CoV-2 and infected another person, per age group, per week*.

Since 5 July 2021, the number of sources increased among all age groups with the exception of children aged 0 to 3 years. This age group is rarely a source of infection. The numbers in this group remain fairly constant and are low. As children grow older, they are more likely to become a source. Compared to adults, children are still less likely to be a source of infection. Since 26 July 2021, the number of sources decreased among all age groups.

Percentage of infected contacts according to the age of the source

Figure 2: The percentages of people (in source and contact tracing) who tested positive for SARS-CoV-2 and infected another person, per age group, per week*.

There are around 40 GP practices in the Netherlands that keep track of how many patients visit the practice with flu-like symptoms. These are the Nivel monitoring stations. Using a cotton swab, a smear is taken from the nose and throat of some of these patients; the resulting culture is examined in the laboratory to detect viruses, including the coronavirus SARS-CoV-2. A COVID-19 infection was detected in 8 of the 322 patients under the age of 18 who were tested (2.5%). Of the 1,474 adults who were tested, 125 tested positive (8.5%). This is based on data from February 2020 to 13 September 2021.