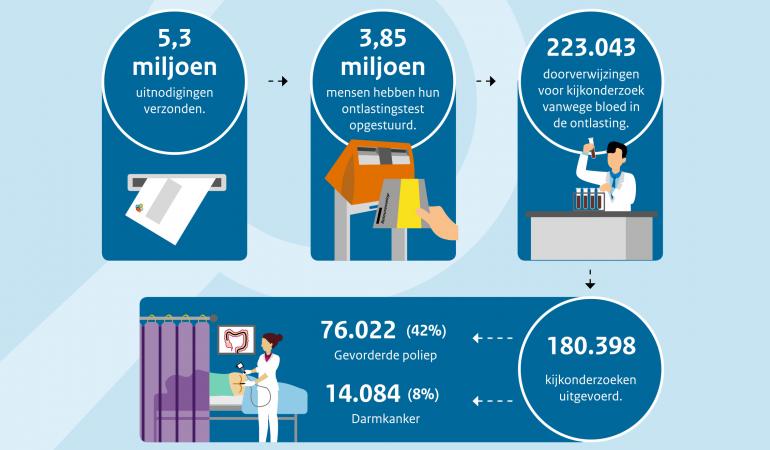 The number of people who participated in the population screening programme for colorectal cancer is higher than expected. Between 2014 – 2017 a total of 3.85 million people participated. Also, more colorectal cancers and polyps have been identified than expected:  colon cancer was found in approximately 4 people per 1,000 participants and large polyps were found in approximately 20  people.per 1,000 participants. The population screening is also very cost effective. These were the conclusions of the evaluation report conducted by the Erasmus University Medical Center and the NKI Netherlands Cancer Institute / Antoni van Leeuwenhoek Hospital.