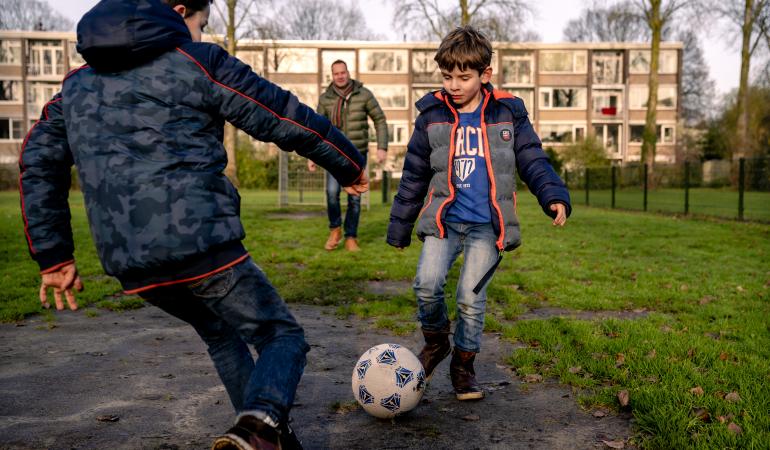 In the week of 17 to 23 February, 29,977 people received a positive test result for COVID-19. This is an increase of nearly 19% compared to the week before that. 263,291 people were tested last week; this is more than in the previous week of very cold winter weather, when 190,153 people were tested. The number of people who have symptoms that could indicate COVID-19 has increased, according to the Infection Radar. The reproduction number on 5 February was 0.99 (0.96 – 1.02); this is about the same as the reproduction number reported last week, which was 0.96 (0.93 – 0.99). The number of people admitted to hospital with COVID-19 did not continue decreasing. There was a slight increase in the number of people admitted to ICU last week. For the rest of the figures for this week, see the current information about COVID-19 and the epidemiological report.

Total number of tests and positive results by age

In all age groups, the number of newly reported infections was higher in the past week compared to the week before (Figure 1). The largest increase in the number of reported positive tests was in the age group of 0-12 years. This age group also showed the largest increase in the number of tests taken. This may be related to the reopening of primary schools and childcare centres two weeks earlier, in combination with the stricter testing policy: these children have to be tested even if their symptoms are mild. In the calendar week of 15 to 21 February, 25,831 tests were administered in the age group of 0-12 years, and 8.6% of these had a positive test result. 14,852 children aged 0-12 were tested in the week before that, and 10.5% had a positive test result.

Keeping the third wave as low as possible

The measures implemented on 16 December 2020 and the curfew that has been in place since 23 January 2021 have reduced how much contact people have with others, thus preventing many infections. The curfew and the ‘maximum of 1 visitor’ measure, which took effect on 23 January 2021, reduced the reproduction rate by an estimated 10%. The effect had been anticipated at somewhere between 8% and 13%, based on literature review and experiences in other countries.

Without compliance with the current measures, the Netherlands would have had many more infections at this stage of the epidemic, as shown by modelling. This applies to infections with the UK variant as well as to other virus variants. If that had happened, the healthcare system would also have been under much higher pressure as a result.

Since the majority of the population has not yet been vaccinated, it is very important to prevent infections as much as possible and to keep this third wave as low as possible. This is only possible if any easing of the measures takes place with great caution, one small step at a time.

Number of newly reported infections is no longer dropping

Figure 2 shows the trend in the number of reports of people who tested positive for COVID-19 since the beginning of December 2020. Despite the measures, we see that the weekly number of newly reported infections remained at the same level, and rose again slightly last week. That is a precarious position. If the measures are eased too quickly, there will be a fresh increase in the number of infections, and therefore the number of hospital admissions.

The figure shows the first day of illness for people who tested positive for COVID-19. The red part of the bars indicates the number of people with the UK variant, as estimated based on available data from RIVM pathogen surveillance. The figure shows that the UK variant is involved in more than half of the newly reported infections.

Figure 2: Estimated number of infections with the old variant and UK variants, from 1 December 2020 to 19 February 2021 based on first day of illness.

The South African variant has been found more and more often in the Netherlands during pathogen surveillance, including people with no travel history to South Africa. These figures are still low. There have been no new reports involving the Brazilian variants.

Table 1. Reproduction numbers in the Netherlands for 5 February and 29 January.

Follow the measures, and get tested if you have symptoms

Our behaviour can protect ourselves and others against the virus. The past few weeks have shown that the additional measures and how people behave make a crucial difference. Regardless of which variant of the coronavirus is involved: follow the measures. The most effective way to avoid becoming infected is to avoid any direct contact with others. For that reason, stay 1.5 metres apart from others, work from home and stay home as much as possible. Do not leave the house if you have any (mild) symptoms, except to get tested. Testing remains very important, even if your symptoms are mild. Together, we can ensure that we do not infect others. In most cases, you will have your test result within a day.

** The estimates for R from longer than 14 days ago are reliable. If R is calculated based on data from less than 14 days ago, there are more uncertainties involved. That is why we always look at the R from 14 days ago.