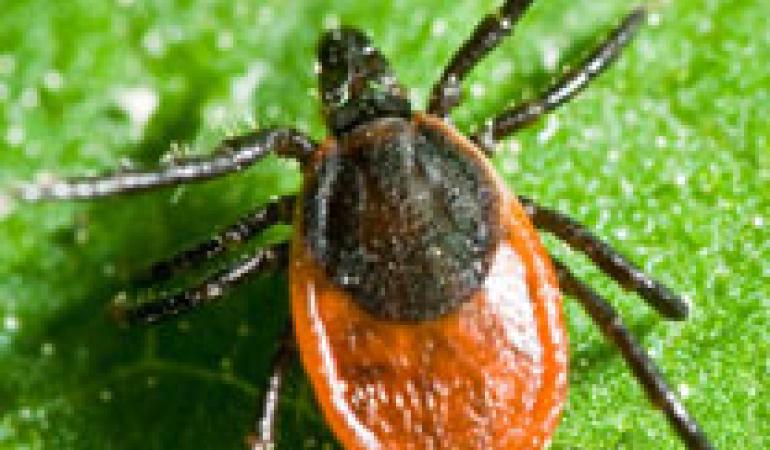 Last year, a man was treated at the Amsterdam Academic Medical Centre (AMC) after being bitten by a tick and becoming infected with a strain of the Borrelia bacterium not previously encountered in the Dutch patient population. The case report detailing the man's treatment was published in the medical journal The Lancet on August 17th. A study by the National Institute for Public Health and the Environment (RIVM) has since established that the bacterium in question is present in 4 per cent of Dutch ticks.

The article's authors – AMC internist and infectious disease specialist Joppe Hovius and colleagues at the AMC and RIVM – describe a seventy-year-old man who exhibited a range of neurological symptoms (including memory problems and an irregular gait), which became worse over a period of months. Shortly before developing the symptoms, the man had been treated for a form of cancer. Investigations revealed that the man had often been exposed to ticks.

Testing for Lyme's disease, which can be communicated by ticks and is caused by the bacterium Borrelia burgdorferi, did not yield a definite diagnosis. It was nevertheless decided to treat the man as if he had the disease. The patient duly recovered. 'It was remarkable how well the patient responded to treatment,' recalls Hovius. 'The reason became clear later.'

After reading an article about a similar case in the United States, Hovius decided to investigate the possibility that the Dutch patient had been infected by another bacterium: Borrelia miyamotoi. Samples of brain fluid from the Dutch patient had been retained and these were duly tested for the bacterium. The tests proved positive. Although the two bacteria both belong to the Borrelia family, they are distinct species. Borrelia miyamotoi is not detected by the standard Borrelia burgdorferi tests and does not cause Lyme's disease. Nevertheless, both respond to the same antibiotics. 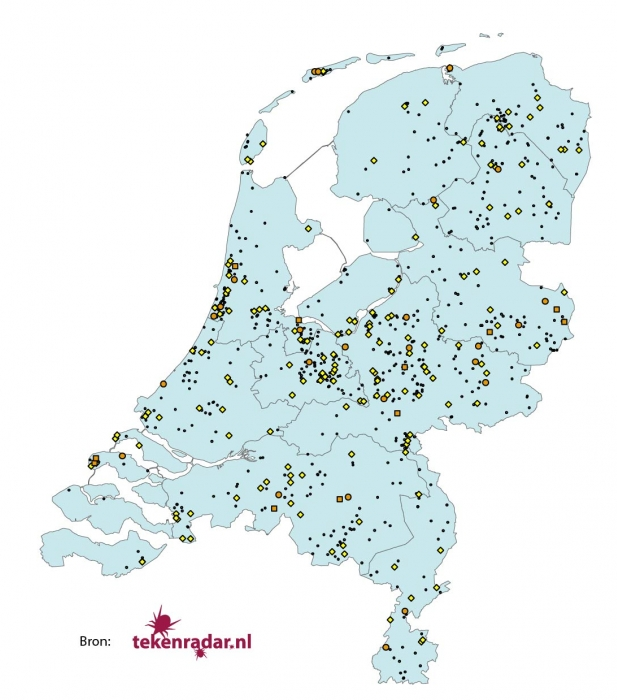 Distribution map of ticks infected with Borrelia burgdorferi and/or Borrelia miyamotoi. Map based on online reports via http://www.tekenradar.nl/

'Following his cancer treatment, the patient had a seriously impaired immune system,' explains Hovius. 'That enabled the Borrelia miyamotoi infection to become established. Doctors need to consider the possibility of infection by this bacterium when treating patients with impaired immunity who have been bitten by ticks and present with symptoms consistent with inflammation of the brain or cerebral meninges.' No straightforward test for the bacterium is yet available, but the AMC, RIVM and others are seeking to develop one.

Nevertheless, it was not previously known that people in the Netherlands were exposed to the new bacterium through tick bites. Further research is required to establish whether the bacterium can cause illness in people whose immune systems are functioning normally.