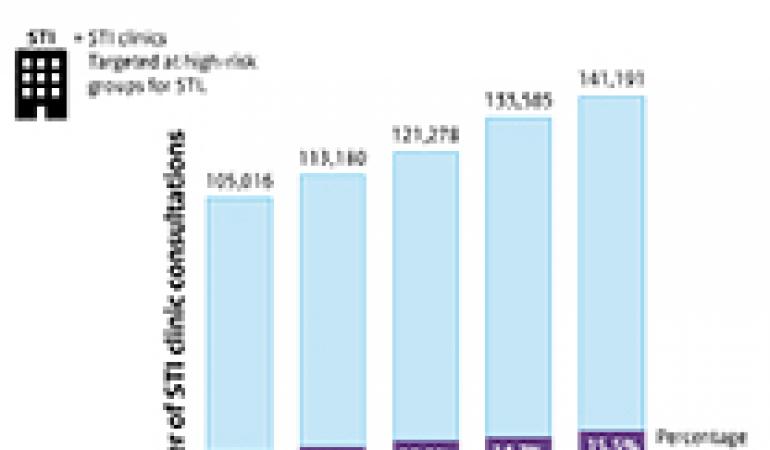 The number of clients tested for sexually transmitted infections (STIs) at Dutch STI clinics has increased since 2004. The percentage of clients with at least one STI (chlamydia, gonorrhoea, syphilis, hiv, hepatitis B) increased from 12.3 per cent in 2004 to 15.5 per cent in 2014. General practitioners, who carry out the majority of STI consultations in the Netherlands, report a similar upward trend. As in previous years, chlamydia was teh most frequently diagnosed STI, according to the RIVM report 'Sexually transmitted infections including HIV, in the Netherlands in 2014’.

In 2014, the total number of consultations at the STI clinics was 141,191; an increase of 6 percent over 2013. The percentage of clients diagnosed with at least one STI was higher in 2014 (15.5 per cent) than in 2013 (14.7 per cent). In 2014, this percentage was highest among persons who had been notified of their possible STI exposure by a (former) partner and among known HIV-positive men who have sex with men (MSM). 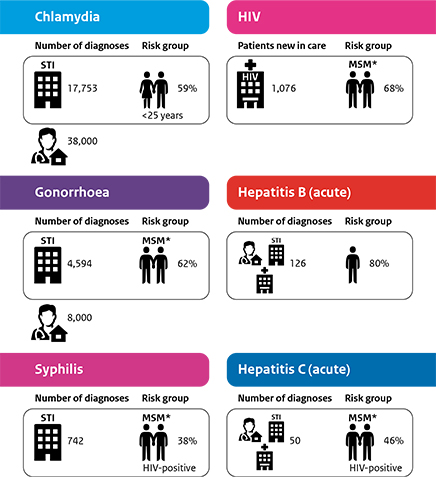 The percentage of STI clinic attandees with a gonorrhoea infection has remained stable since 2012. In 2014, the overall percentage of positive tests was 3.6 per cent (4,594 diagnoses). Gonorrhoea is over four times more common in MSM than in women and heterosexual men. Increased resistance to the antibiotics prescribed to treat gonorrhoea infections has been observed in several European countries, but not yet in the Netherlands. It remains important to closely monitor antibiotic resistance.