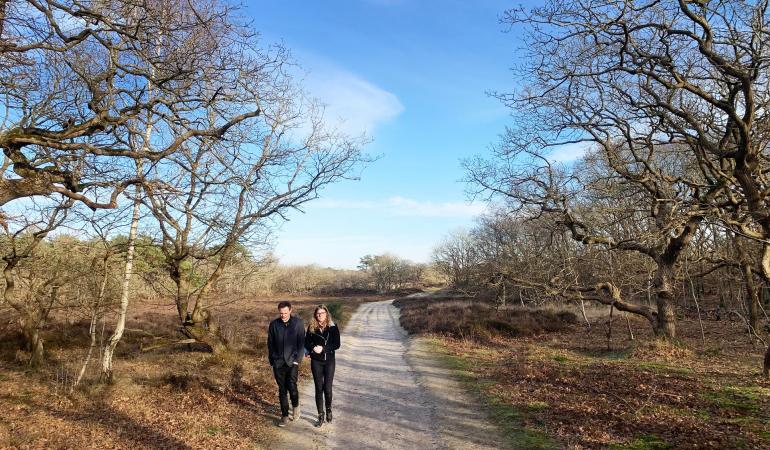 In the week of 10 to 16 February, fewer people were tested for COVID-19 in the Netherlands than in the weeks before that. The winter weather may have prevented people from going to the test sites. Some test sites were also closed for a short time due to the weather conditions. In that week, 25,229 people received a positive test result. That figure is about the same as the week before. The reproduction rate rose from 0.91 (0.88 – 0.93) on 22 January to 0.96 (0.93 – 0.99) on 29 January. More and more people are becoming infected with the more contagious UK variant. For the rest of the figures for this week, see the current information about COVID-19 and the epidemiological report.

Looking at the national figures for the Netherlands, the number of newly reported COVID-19 infections per 100,000 inhabitants stayed the same compared to the week before. The number of newly reported infections increased by more than 20% in the security regions of Fryslân and Gooi en Vechtstreek.  The number of reports stabilised in the security regions of Drenthe, Gelderland, Twente, Zaanstreek-Waterland, IJsselland and Rotterdam-Rijnmond.

In all age groups over 12 years, the number of newly reported infections was slightly lower in the past week compared to the week before (Figure 1). An increase in the number of tests was observed in the age category of children 0-12 years. In the week of 10 to 16 February, 14,877 tests were administered in this age category, and 10.5% had a positive test result. 8,960 children aged 0-12 were tested in the week before that, and 15.4% had a positive test result. The number of tests and the number of reported positive results are likely to continue increasing in the next few weeks due to the changed policies on testing and source and contact tracing since 3 February.

In the meantime, it has become clear from research in the United Kingdom that people infected with the UK variant in that country became more seriously ill and died more frequently compared to the old variants. That is another reason to follow the measures carefully.

Figure 2 shows the upward trend of the UK variant compared to the old variants since the beginning of December. The chart shows the first day of illness for people who tested positive for COVID-19. The red part of the bars indicates the number of people with the UK variant, as estimated based on available data from RIVM pathogen surveillance.

Figure 2: Modelled number of infections with the old variant and UK variant, from 1 December 2020 to 12 February 2021 based on first day of illness.

Every week, RIVM researchers receive more data from pathogen surveillance on the infections that are included in or incorporated into these modelling curves (Figure 2). This additional data often incorporates older reports as well. As more and more data from pathogen surveillance is added, previous estimates may change. The more information that becomes available, the more accurate the estimates will be.

Viruses are constantly mutating. Sometimes a virus variant benefits from certain mutations, for example by spreading faster. Mutations of this kind give the virus variants an advantage over the old variants that are already circulating. Some mutations may emerge independently in different variants around the world.

The UK recently reported the occurrence of a new mutation (E484K) in the spike protein in the UK variant.

Considered cause for concern, this E484K mutation has been detected previously in the variants from South Africa and Brazil. The immune response following vaccination or previous infection with the virus may possibly be less effective against variants with this E484K mutation. The mutation is also likely to affect how strongly the virus can bind to the cell receptors in our bodies.

The South African variant has been found more and more often in the Netherlands during pathogen surveillance, including people with no travel history to South Africa. These figures are still low. There have been no new reports involving the Brazilian variants.

Table 1. Reproduction numbers in the Netherlands for 29 and 22 January.

Follow the measures, and get tested if you have symptoms

Our behaviour can protect ourselves and others against the virus. The past few weeks have shown that the additional measures and how people behave make a crucial difference. Regardless of which variant of the coronavirus is involved: follow the measures. The most effective way to avoid becoming infected is to avoid any direct contact with others. For that reason, stay 1.5 metres apart from others, work from home and stay home as much as possible. Do not leave the house if you have any (mild) symptoms, except to get tested. Testing remains very important, even if your symptoms are mild. Together, we can ensure that we do not infect others. In most cases, you will have your test result within a day.

** The estimates for R from longer than 14 days ago are reliable. If R is calculated based on data from less than 14 days ago, there are more uncertainties involved. That is why we always look at the R from 14 days ago.