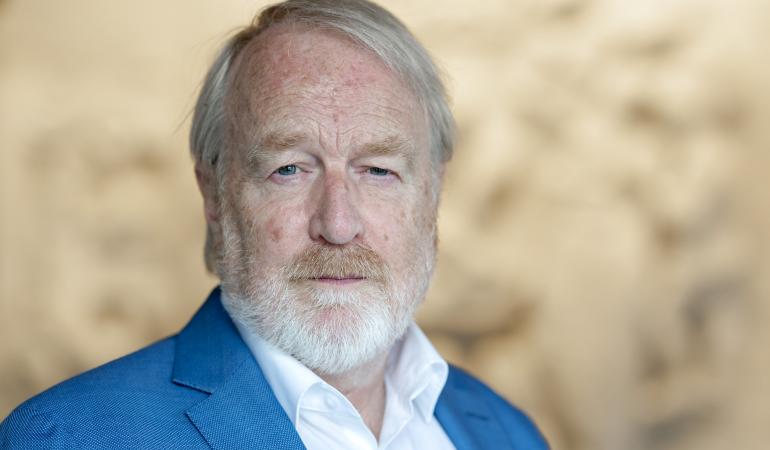 'I want to know the story behind an epidemic'. Interview with Jaap van Dissel, Director of RIVM Centre for Infectious Disease Control.

In August 2013, Jaap van Dissel took over from Roel Coutinho as Director of the Centre for Infectious Disease Control. Prior to his appointment to RIVM, Jaap van Dissel worked for 25 years as physician/infectious diseases specialist at Leiden University Medical Centre where he gained considerable experience in infection diseases prevention and antibiotic strategies. Practical knowledge which is useful, because increasing resistance to antibiotics will certainly require attention in the coming years.

‘This is a hard act to follow’, responds Jaap van Dissel (56) to the question how does it feel to be the successor to Roel Coutinho. ‘Roel built up the Centre and has given it the status it has today. He embodied the Centre also because he was in the media so often. It’s not an easy role to take over and I’ll have to grow into it.’

Jaap does not expect that his appointment to RIVM Centre for Infectious Disease Control will radically change the direction of the Centre. The strategy is based on policy that will be in place for some time to come, and which identifies a number of hot topics, such as the increasing resistance to antibiotics.’

Previously, the main concern were weak patients on the intensive care units, and in the last five years, an increasing number of people is being admitted to hospital with resistant intestinal microorganisms. These bacteria can cause urinary infections. ‘We fear that people with urinary tract infections who would normally be treated by their GP with tablets will have to be admitted to hospital and put on a drip. This has major repercussions for the wellbeing of patients and health care costs. That’s why is it’s so important to stimulate the development of new antibiotics.’

It does not phase him that there are frequent crises to deal with. ‘That anything can happen at any time certainly gives an extra dimension to the job. If you don’t like that, this is not the job for you. Government and health professionals look to the Centre when something new is in play. That’s why we have to know where and when outbreaks of infectious diseases occur worlwide and make sure we are prepared for such events.’ He considers it’s important to find the right balance between over and under responding.

He is aware that this could sound like criticism. Logical, he considers, because infectious diseases involve decisions about the personal lives of people. ‘Emotions sometimes run high in the media. The tendency is only to look to Dutch policy and to be very critical about it. But often the policy is very similar to that in other countries and policy makers have come to the same conclusions, for instance, policy on Mexican flu. A broader view can put things in perspective.’

He walked right into the recent measles outbreak. ‘The number of cases was similar to the last epidemic some 13 years ago, although there were more short hospital admissions.’ Of course, he would like to see as many people as possible vaccinated under the National Immunisation Programme so that this sort of situation does not arise.

If asked, he describes himself as open and accessible, sensitive to his surroundings, and as being direct and straightforward. Furthermore, he is passionate. ‘I can become so immersed in something that I want to know everything there is to know about it. For instance, a few years ago I delved into the history of an epidemic in Suriname in 1845.’ What fascinates him so much? 'There is always a story behind an epidemic, a chain of extraordinary events which rarely occur and which I try to understand. It’s Sherlock Holmes detective work to unravel such events and that fascinates me. I want to get to the story behind an outbreak.’

Jaap van Dissel studied medicine in Leiden and obtained his PhD in 1987 graduating with distinction. He was Head of Department of Infectious Diseases, Director of the Medical Residents Programme in Internal Medicine and Chairman of the Centre for Infectious Diseases in the Leiden University Medical Centre. He was a member of the Medical Disciplinary Board and the Medicines Evaluation Board. Jaap Van Dissel is married and has a son and a daughter who are currently studying.