Many screening programmes were introduced between 1950 and 2000. Pregnant women have been screened since 1950 to determine their blood group and detect syphilis infections. Starting in 1970, smear tests have been carried out on a large scale to detect cervical cancer. A nationwide uniform coordinated population screening programme for cervical cancer was introduced years later, in 1996. With the screening on the disease PKU the newborn blood spot screening started in 1974 and more than 20 diseases were added in the following years.

The central coordination granted to the RIVM in 2006 facilitated the introduction of more screening programmes, such as the hearing screening. Colorectal cancer screening, introduced in 2014, is the most recent addition. 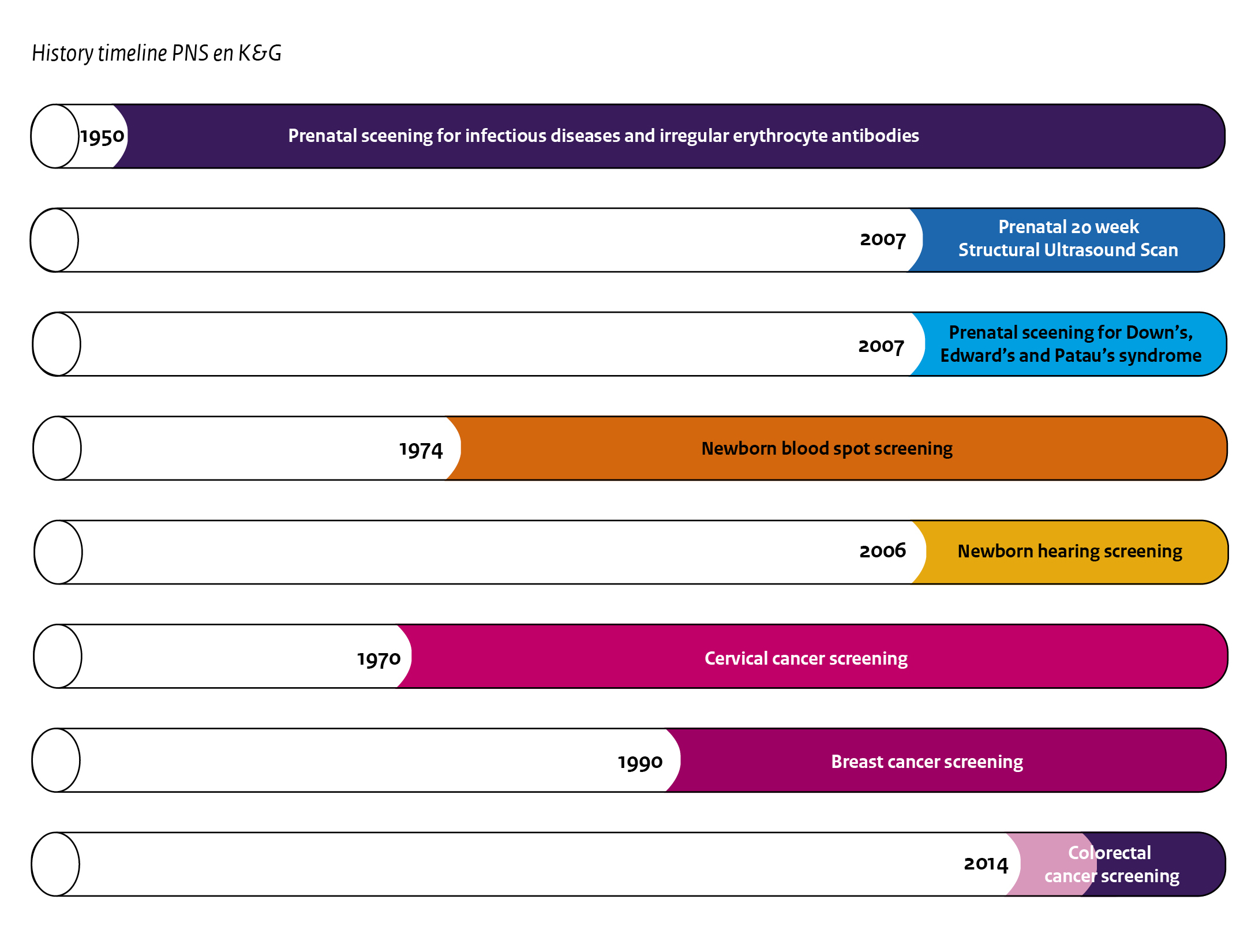 In 2017 the Netherlands became the first country to introduce a national uniform cervical cancer screening programme based on primary hrHPV screening. In this new programme, the cytology of the material is only assessed after the smear has tested positive for hrHPV. For women who do not want to go to the GP for a smear test, a self-sampling kit was introduced in 2017. The test kit is sent to the woman’s home address and aims to lower barriers for participation.

In 1974, the newborn blood spot screening (heel prick test) was implemented. The number of diseases screened for has increased in the subsequent years. Most recently, in 2019, three metabolic diseases were added to the screening which brings the total amount of diseases screened on 22. The expansion of this screening results in health gain since more diseases can be detected and prompt treatment can be given to newborns. Over the coming years, more diseases will be added. Given its current package (supplemented with hearing screening), the Netherlands ranks highly in Europe among the countries that screen for the largest number of disorders.

Scientific study of the 13-week scan

Since the first of September 2021 pregnant woman are offered a medical ultrasound scan early in pregnancy. Some of the abnormalities that are now visible in the 20-week scan can actually be discovered earlier, at around 13 weeks. The scientific IMITAS study is investigating the advantages and disadvantages of the 13-week scan. On the one hand, it seems good to know whether the baby has a serious physical abnormality early on in the pregnancy. This will give you more time for additional examinations and to decide what to do considering the results of these tests. On the other hand, an examination so early in the pregnancy may cause additional anxiety and uncertainty.