There is a flu outbreak in the Netherlands almost every year, mostly in the winter months. Because there are different types of flu viruses that are continually changing, you can get flu time and again.  There are two types of influenza viruses which cause flu in people: type A and B. Type A viruses can be divided into various subtypes, such as A(H1N1) and A(H3N2), and type B into lineages, namely the Yamagata and the Victoria lineage.

What are the symptoms?

Flu is a respiratory disease of the mucous membrane and often begins suddenly with:

The fever can rise within 12 hours to 39°C or higher and in most cases lasts for 3 to 5 days. Flu is caused by an influenza virus, which can cause inflammation of the mucus membrane in the nose, throat or sinuses, and also the bronchi and lungs. Most people recover completely in 1 to 3 weeks. Mostly, the flu is not serious and most people recover without medical treatment. But some people are at greater risk of serious complications if they get the flu. These are the elderly and people with a chronic disease. Flu in people with heart and lung conditions can make these conditions worse.

Prevention of infection with the flu virus

Flu and cold viruses are found in droplets in snot, phlegm and saliva. The viruses are spread when people talk, cough or sneeze. This happens particularly in confined spaces that are poorly ventilated, such as in a train or bus, a school or crèche. The virus is also transmitted via hands and objects such as door handles. For instance, someone can become infected by touching his mouth, nose or eyes after touching a door handle. Good hygiene can reduce the spread of infection.
You can be vaccinated against flu. The flu vaccination is offered free of charge to children, adults at an extra risk of becoming seriously ill if they get flu, and people over the age of 60.
More information about the flu vaccination.

How often do people get the flu in the Netherlands? 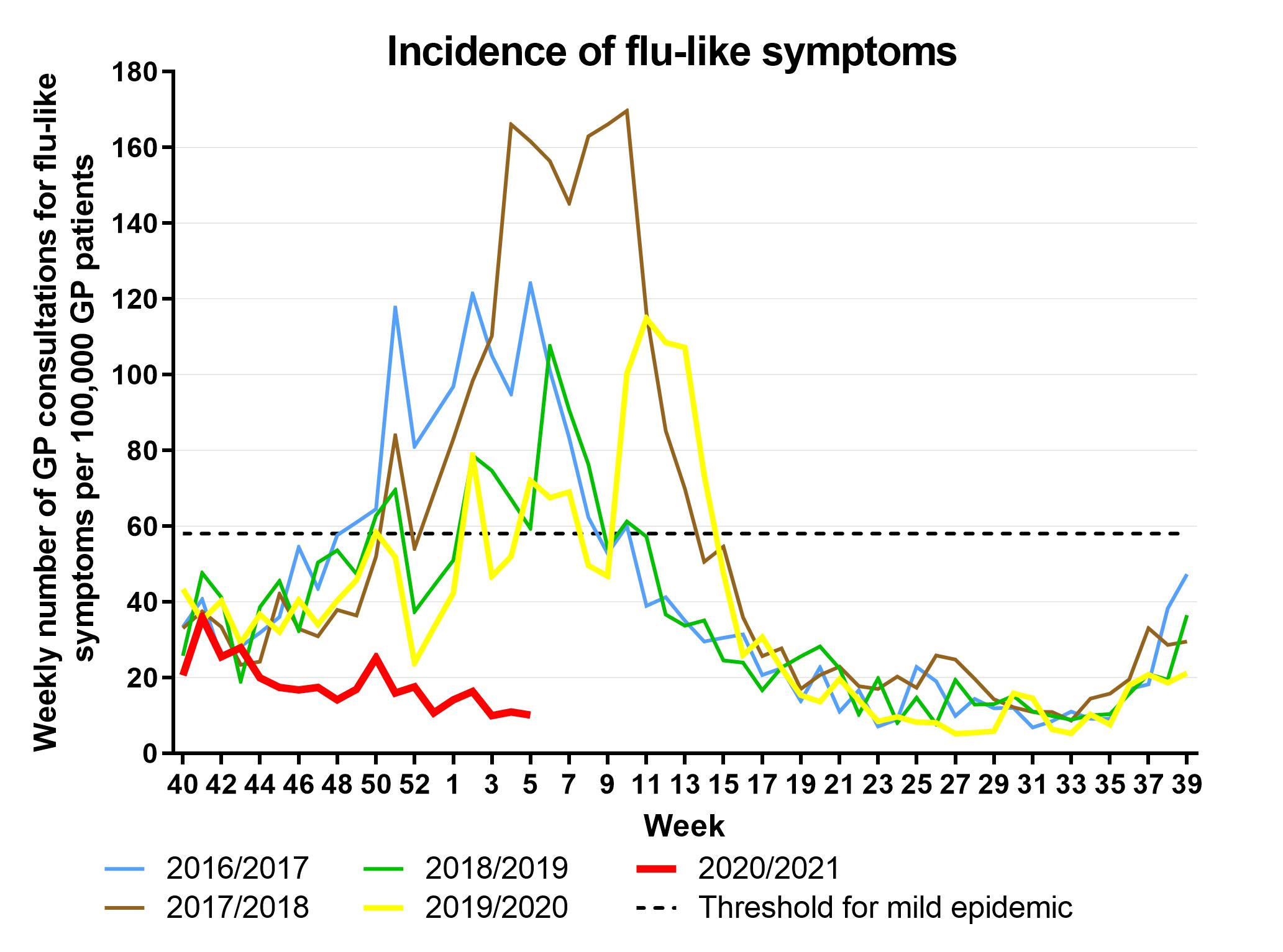 Other sources of information

Surveillance of influenza and other respiratory infections in the Netherlands: winter 2014/2015