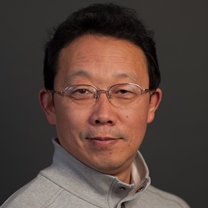 ZhiChao Dang studied  marine biology and ecotoxicology at Ocean University of China, where, after achieving his Master’s degree in 1989, he worked as a university lecturer for five years. He came to the Netherlands in 1994 to carry out research leading to a PhD degree at Radboud University in Nijmegen. After obtaining his PhD, he was senior clinical scientist at the Leiden University Medical Centre and in the VU Amsterdam Medical Centre, working on effects of phytoestrogens on metabolic diseases, e.g. osteoporosis, obesity and diabetes.

ZhiChao started working at RIVM in 2005 and has been involved in many different projects, such as risk assessment of industrial chemicals in the REACH framework and derivation of environmental standards. He has also been working on the OECD HPV chemicals programme and the development of OECD test guidelines. As an expert on endocrine disruptors, he is member of various national and international expert groups. Dang is leading projects under the framework agreement with the European Chemicals Agency (ECHA).

In addition, he is playing a key role as a scientific and cultural liaison between RIVM and Chinese counterparts. ZhiChao Dang coordinated the G2G cooperation between China and the Netherlands (2011-2013).