Plastics in our living environment – should we be worried? 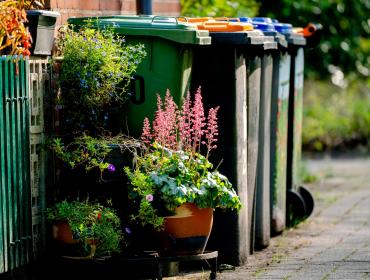 Plastics are everywhere. Plastics are cheap and easy to produce in enormous quantities, so they are the obvious option for a great many applications but discarded plastics, of every type, shape and size, are ubiquitous in the environment. There are still a lot of unanswered questions about the effects of these plastics on water and soil organisms and there are still plenty about whether they affect human health, too. What we do know is that plastics do not degrade easily in the environment (i.e. they are persistent) and that it takes decades (and perhaps even longer) before a disposable plastic bag or drink bottle that ends up in the environment decomposes.

Despite the current focus on plastics and microplastics, misconceptions about them are rife. Read the whole article - a number are highlighted here.

Obviously we do not want to saddle future generations with substances that persist in the environment. Plastics play an important role in society and fulfil crucial functions in food preservation. They are relatively light-weight, which can help to reduce green house gas emissions during transport. We therefore need to consider the use of plastics carefully. Everyone can help minimise the quantities used by being frugal and using them only when absolutely necessary. The alternatives must, however, be carefully considered to see whether they are better options in terms of being more environmentally friendly.

Far more microplastics in the Atlantic Ocean than we thought 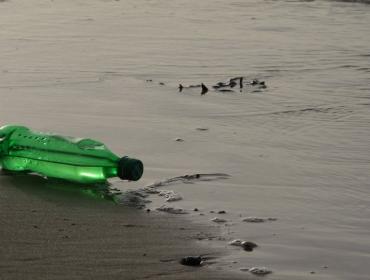 We knew that there are plastics in our seas and oceans. We just did not know how much. Recent British research may explain where all these plastics in the ocean have got to and that there might be far more than we thought.

Researchers have tried to build up a picture of the spread of microplastics in the Atlantic Ocean by sailing a boat from the north to the south of the ocean and measuring the plastic at 12 locations at distances of 10,000 km from one another. Water layers as deep as around 200 metres were sampled in this measuring campaign. The researchers in question looked at three common plastics: polyethylene, polypropylene and polystyrene.

Polyethylene was the form chiefly found, because more of this is made and used, followed by polypropylene and polystyrene. The quantities varied greatly, depending on the spot and depth of the Atlantic Ocean looked at. The quantities of polystyrene were clearly smaller in the southerly direction, probably because this sort of plastic is less used in the south or because it degrades faster.

It is cause for concern that such large quantities of microplastics have been found throughout the entire Atlantic Ocean. This makes clear how important it is to achieve a better understanding of how microplastics arise and spread. More measurements are therefore needed. Calculation models can help to better map the spread of microplastics. 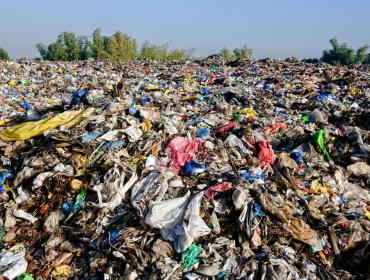 Microplastics can cause environmental pollution. But how big is the problem? RWS (Rijkswaterstaat) invited various speakers to reflect and share the latest knowledge and insights on microplastics based on their expertise. The presentations were recorded and can be seen here. They paint a picture of our know-how and the challenges we face regarding microplastics in the environment.  In the morning of monday 14 December there was an online symposium, where speakers were able to discuss the subject and the presentations with participants.

Dr Doctor (Doctor ) Susanne Waaijers-van der Loop, of RIVM, summarised the most recent insights into the sources, effects, exposure to and risks of microplastics for people and the environment. Prof. Katja Philippart, of Utrecht University and the NIOZ Royal Netherlands Institute for Sea Research, described the damage caused by the container ship MSC Zoë when it stranded in the Wadden Sea early in 2019. Prof. Jacob de Boer, of the Vrije Universiteit (VU) Amsterdam, gave an overview of the current analytical measuring methods and recent measurements. Dr Bart Koelmans, of Wageningen University (WUR), talked about insights in the behaviour of microplastics in the environment and their effects on the ecology. Finally, Dr Ivo Freriks, of RWS, showed how a microplastics monitoring programme is being set up in the Rivers Rhine and Maas and described the existing and required collaboration. This will tell us what plastics, in what quantities, come into and leave the Netherlands via the rivers.

Too busy and no time? This short film (in Dutch) explains things in 2.5 minutes. 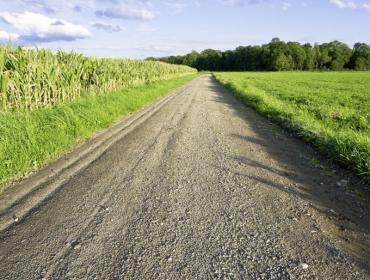 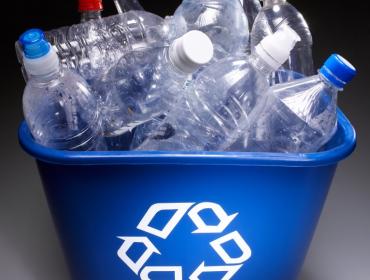 On 22 and 23 October 2020, a virtual conference was held entitled ‘Regulatory Changes and Risk Assessment for Intentionally added Microplastics’. The purpose of this conference is to enable industry, consultancy and regulatory bodies to discuss current topics. In this case, the reason was the restriction on intentionally added microplastics drawn up by the European Chemicals Agency (ECHA). Peter Simpson, of the ECHA, was therefore the first to take the virtual stage. He explained the restriction, the process to be followed by the advisory committees: Committee for Risk Assessment (RAC) and Committee for Socio-economic Analysis (SEAC) and the steps that will have to be taken before the restriction comes into force.

The EU Commission and European Food Safety Authority (EFSA) also shared their views from a regulatory perspective. The commissioner, in particular, indicated that the restriction is only one of the measures that will be taken to better regulate the use of plastics. This was well received by all the parties because the industry, consultancies and NGOs (Plastic Soup Foundation) had already noticed that secondary microplastics, which are not intentionally added to products, form a larger problem which has so far attracted far too little attention. Other criticisms mentioned by industry are that it is not clear when a microplastic is a particle or a molecule or when ‘liquid’ microplastics still fall under the definition.

In the session on the risk assessment of microplastics, the central thread was that there must be exposure and a potential hazard and that there is still little known about the hazard aspect. On the first day, the emphasis was on health. Increasing data is becoming available on exposure to microplastics but there is less known about whether microplastics are also taken up by the body and what this could mean for people’s health. It is likely that the properties of microplastics, such as particle size and shape, and the presence of additives play a role here.

The following day, risk assessment for the environment was discussed. A model was presented that can predict the emissions of microplastics (according to the type of polymer) in Swiss waters. This model will be further developed to, ultimately, enable the prediction of environmental concentrations, as well.

Other presentations focused on toxicity tests and the importance of including the wear of microplastic particles in the risk assessment. It was shown that biofilm formation partly determines whether microplastic particles sink or float and whether organisms in the sea mistake them for food. Microplastics can also affect the toxicity of other substances (including chemicals) in the environment. The effect can, moreover, vary between animal species. The big differences in biofilm at different locations in the environment makes it difficult to determine a ‘standard’ biofilm which is typical for the environment.

Last issue of this newsletter

This is the last RIVM newsletter on microplastics, for the moment. This year, the available funds have been used for communication, such as this newsletter. From 2021, the emphasis will be more on advising the ministry and collecting information.

Updates of our knowledge on microplastics are available on our website.

If you have any questions or would like to contact us for any other reason, please send an email to plastics-info@rivm.nl