For 110 years, RIVM has been working towards a healthy population in a healthy human environment. This series of photos offers a glimpse behind the scenes of day-to-work work at RIVM throughout its history. Scientists, laboratory researchers and support staff have always had a passion for their work. In 110 years, that aspect has never changed.

Researchers at the Sterrenbos complex in Utrecht 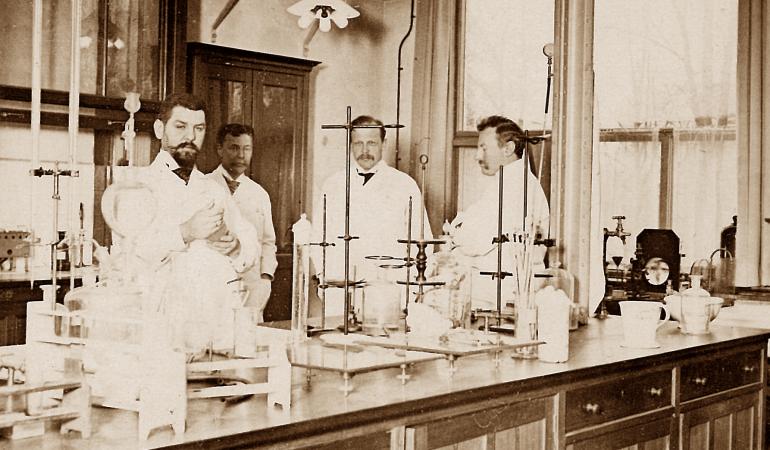 On the photo: 1917 – laboratory researchers from the Bacteriological-Biological Department

In 1909, a small group of researchers fought valiantly against cholera and other life-threatening diseases. Saving lives was their main motivation.
Working conditions in the laboratory were hard. The institute was understaffed, with far too few researchers to handle the workload, working in cramped spaces. In addition, the demand for its services increased quickly.

The laboratory researchers on the photo worked at the ‘Central Laboratory for the State Inspectorate’ in the Sterrenbos complex, situated on the Catharijnesingel canal in Utrecht. This marked the start of the organisation that would become RIVM as we know it today.

Diphtheria research at the National Institute for Public Health 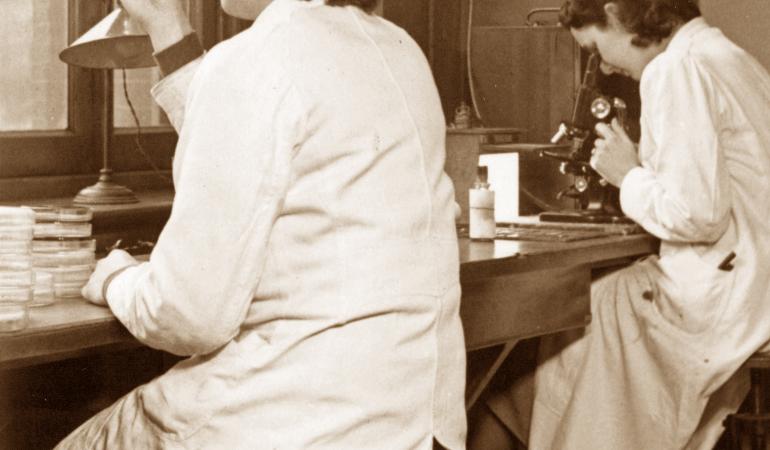 On the photo: 1950 – laboratory researchers working on diphtheria

Diphtheria (also known as diphtheritic croup) is a very serious illness caused by a bacterial infection transmitted from person to person by coughing. At one time, diphtheria was one of the most common causes of death in children.

Environmental research in a mobile laboratory 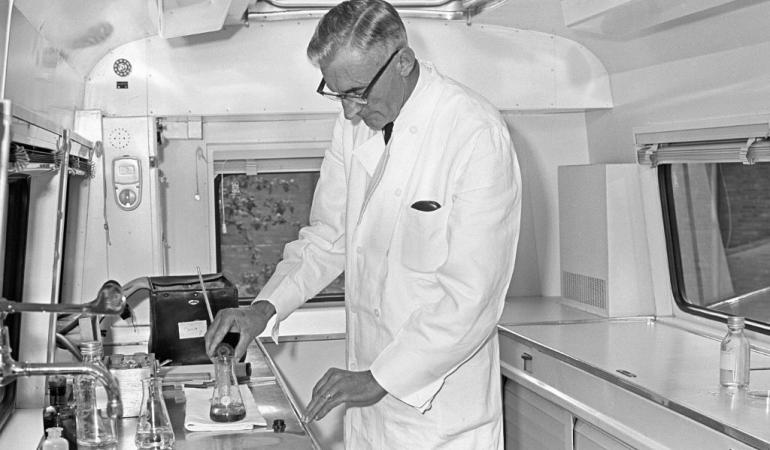 On the photo:  1960 - Mr Prince tests samples in the mobile laboratory

It became apparent in the 1960s that air and water quality were in very bad shape. An upstream chemical spill poisoned the Rhine River with endosulfan, resulting in massive fish die-offs. This pesticide incident and observations of growing air pollution in the Rhine delta region near Rotterdam were contributing factors in the establishment of national and regional monitoring networks in 1969.

Due to the expertise that the National Institute for Public Health already had in automated data processing, the institute was designated a national reference centre for measuring air pollution in 1973. From that time on, many of our employees worked to prevent pollution and support a healthy human environment. 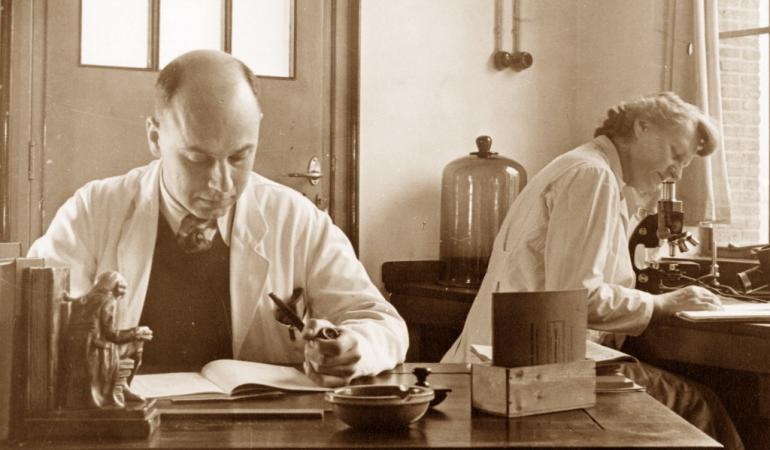 They worked in the laboratory operated by the department of Serology and Vaccinology. At the time, the department was working on production of the BCG (Bacillus Calmette-Guérin) vaccine against tuberculosis.

By now, we only see about 800 cases of tuberculosis every year in the Netherlands. The disease can generally be treated with a cocktail of various antibiotics. 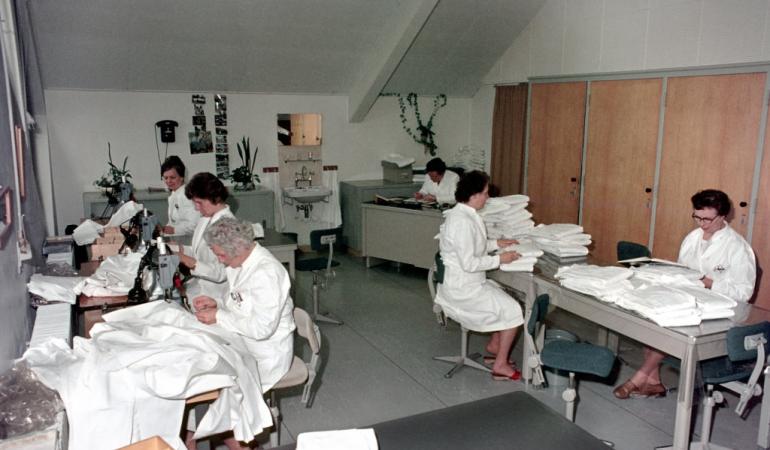 On the photo: 1962 – the linens room in the attic of the U-building in Bilthoven.

In its earlier days, RIVM housed many auxiliary services under its own roof, or rather on its own grounds. The pivotal point for all repair work on company clothing – which often meant the classic white lab coats – was the linens room.

We also had our own instrument-making facility at RIVM, and our own utility room where lab equipment was cleaned and sterilised.