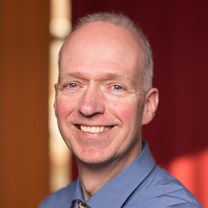 Human activities contribute to climate change. The effects of climate change and climate mitigation actions will have a profound impact on society in the coming decades . Understanding the interactions between climate change, air quality and other subjects is of paramount  importance. It is my ambition to provide scientific insights for political decision-making.

Guus Velders studied applied physics at the University of Twente where he  obtained his PhD in quantum chemistry . From 1992 to 1993 he worked at the Royal Netherlands Meteorological Institute (KNMI) and from 1993 to 2005 and since 2011 at RIVM. In 1999 he worked at the Aeronomy Laboratory (NOAA, USA) and from 2006 to 2010 at the Netherlands Environmental Assessment Agency (MNP, PBL).

Velders worked mainly on scenarios and modeling of the ozone layer. Later he focused  on air quality at the European and national level. As project leader of the large-scale concentration and deposition maps for the Netherlands (GCN/GDN), he was responsible for the  air quality data for local models since 2006. This data became part of the National Air Quality Collaboration Programme (NSL) and the Programme Approach Nitrogen (PAS).

Since 1997 Velders has been involved as author in the quadrennial assessment reports of the United Nations Environment Programme (UNEP) concerning the state of the ozone layer in support of the Montreal Protocol. In 2005 he was lead author of a chapter of an IPCC report on safeguarding the ozone layer and the global climate system.

As of 2006 he has worked with colleagues from the US investigated the role of the Montreal Protocol on climate change. This research has demonstrated that the Montreal Protocol, for the protection of the ozone layer, has had a greater contribution to reducing global warming than the Kyoto climate agreement. Since 2009, this research focused on the role of hydrofluorocarbons (HFCs) on climate. These gases are used as substitutes for ozone-depleting substances for refrigeration systems, air conditioners and foams. Velders' research showed that if the demand for HFCs would continue to grow globally, their contribution to the greenhouse effect and thus to climate change would become significant by 2050. This work, and follow-up investigations, have contributed to the foundation of the global climate agreement of Kigali (Rwanda) of October 2016, in which all countries of the world agreed to significantly reduce the use of HFCs in the coming decades. Calculations show that with implementing this agreement, the contribution of HFCs to climate change is limited to about 0.05 degrees Celsius by 2100, compared to 0.3-0.5 degrees Celsius without the agreement.