The ocean is choked with sea ice that drifted in from the North Pole. Cape Turbin is famous for polar bears and walrus that is why the village is there. The Inuit here are avid hunters. Within hours of arrival the sea ice opened up and formed a giant lead, 2 km across. Lucky for us we are on the right side of it! 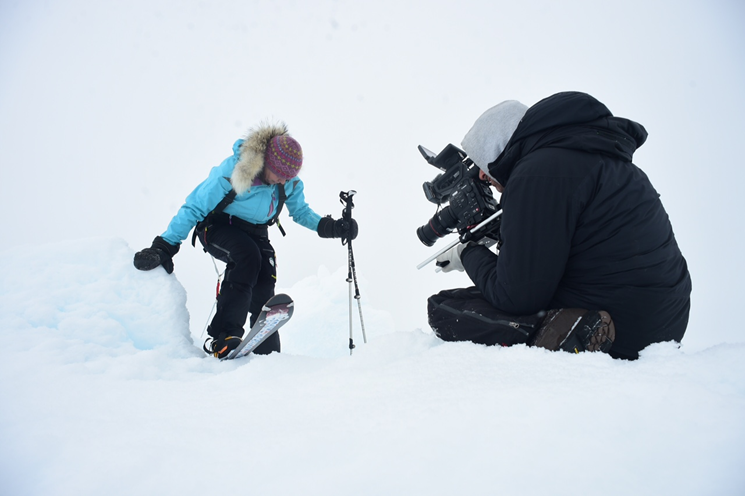 At the edge of the sea ice we found an iceberg coated with black stuff. It looks like carbon but it easily could be dirt or ash from a volcano in Iceland. Just to be sure we scraped some of the ice and put in a container to be analysed. 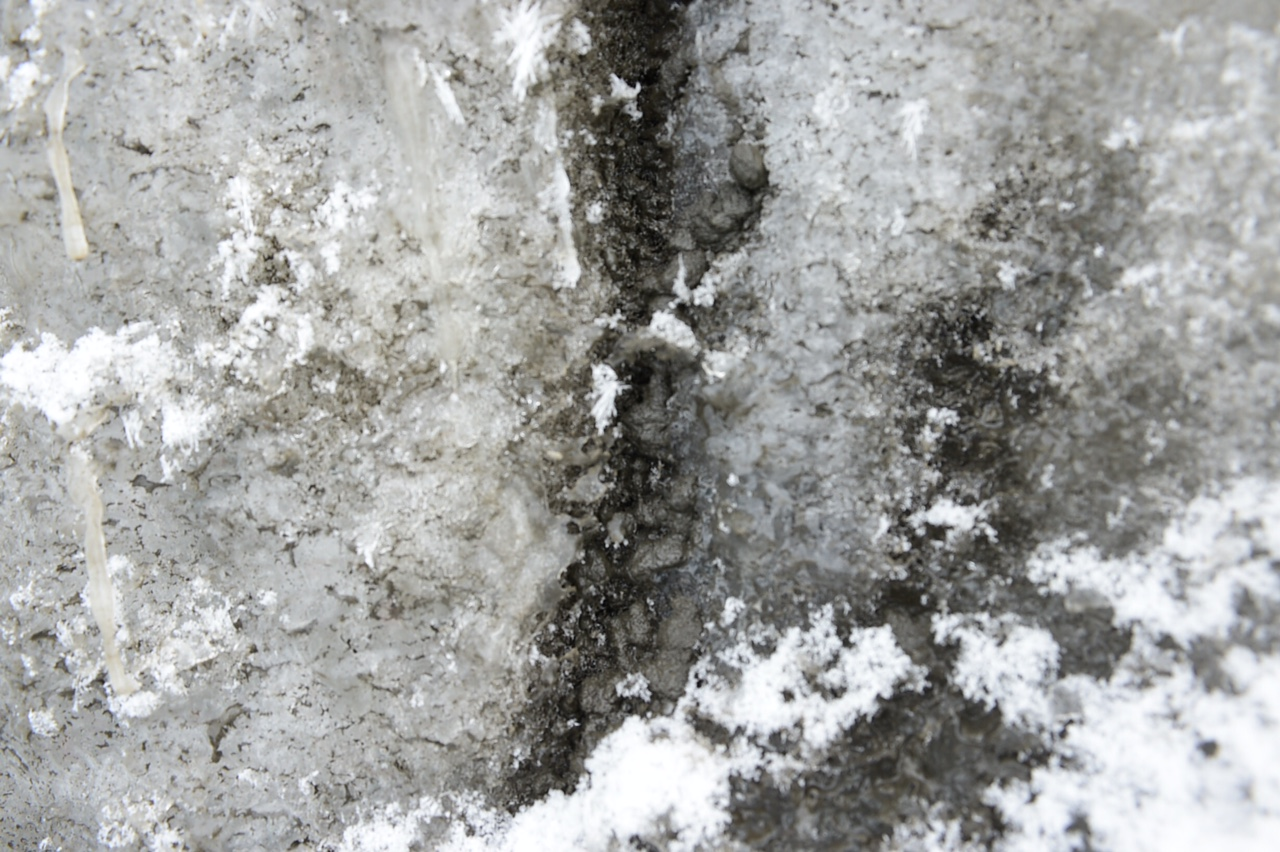 While filming on the water we discovered grease ice that is just forming in the depths of the Arctic Ocean. The pressure ridge we are standing on is 25 m high but 60 m deep with unbelievable green and cyan colors. We watch crystals grow in the water. 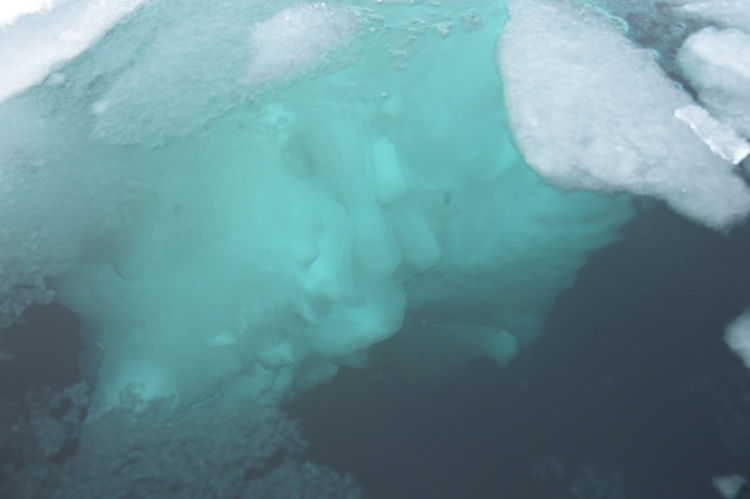 Only saw polar bear tracks but no live ones. Nevertheless we put a bear fence around us that shocks a bear when it comes to close, flares for scaring it away and a gun if it charge us. Too early for wildlife, all we see is common eider. But that is a for sure sign of spring arriving.

People here are completely amazed with our citizen science. The Inuit think it is magic to have an iPhone with camera to do science other than text and call. Explaining aerosols and black carbon is though. Yes even here there is 3G in the village, the northern and most remote village in Greenland! 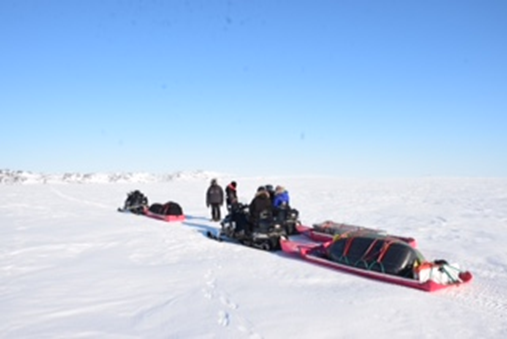 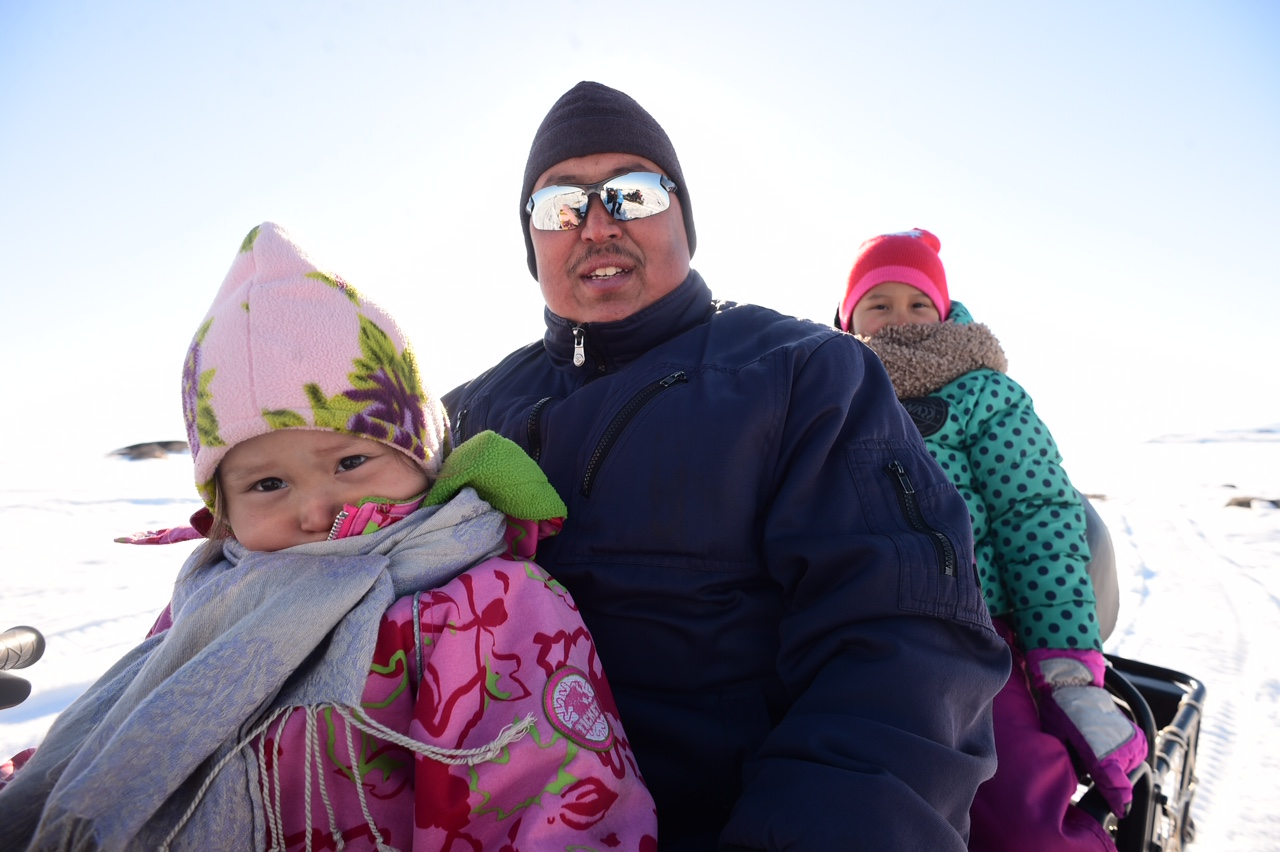 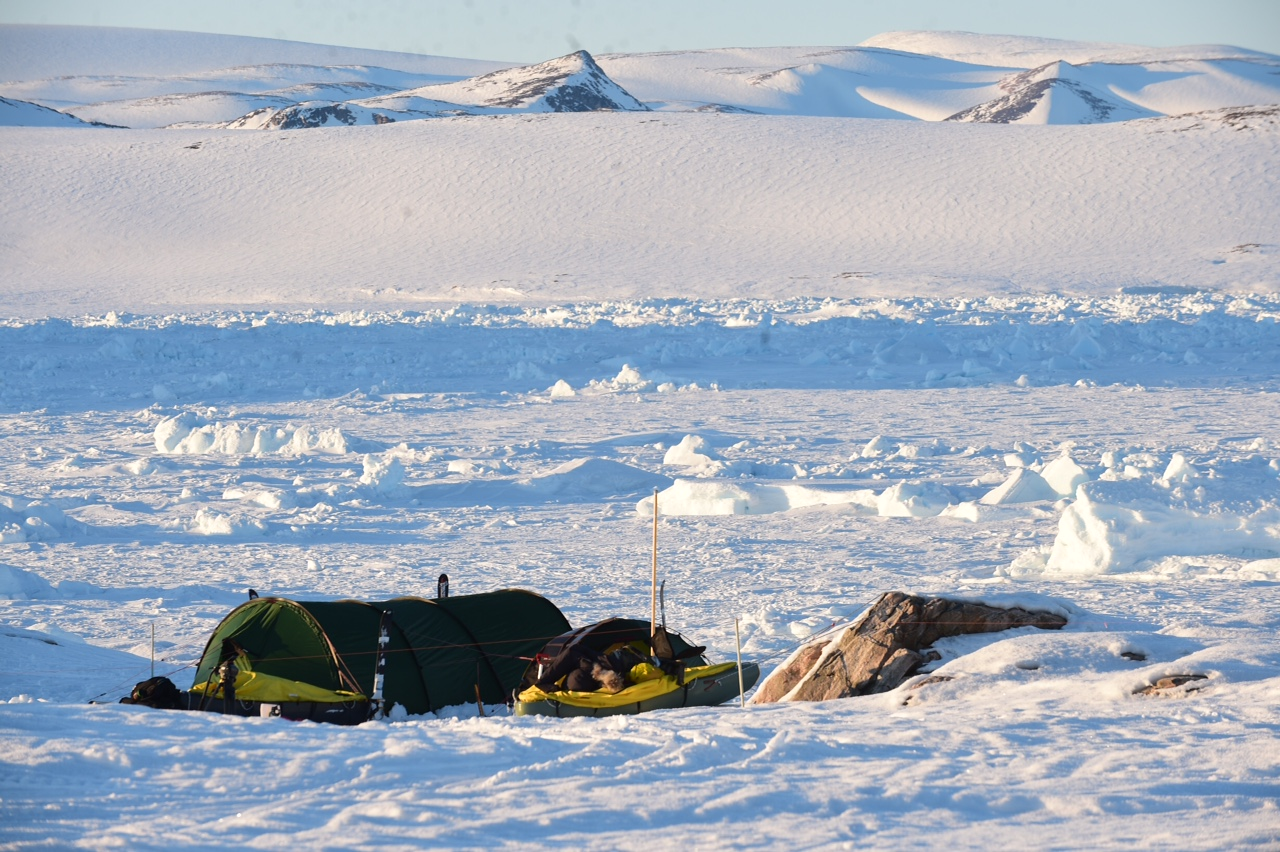 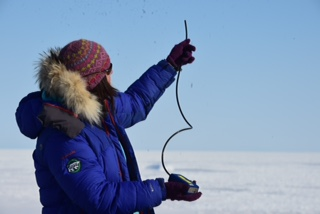