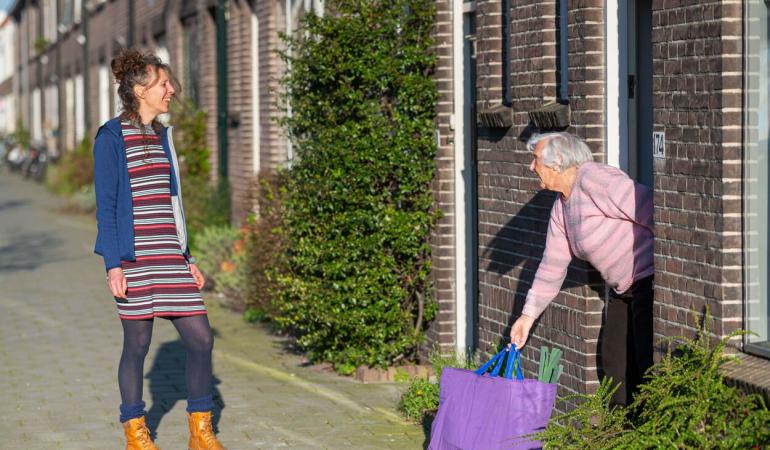 Personal hygiene measures, such as not shaking hands, or using paper tissues, are not considered a problem by most Dutch people. Staying at home as much as possible, staying 1.5 metres from others, and not visiting people over 70 are the most difficult tasks, especially in the long term. This is apparent from a large-scale study by the RIVM behavioural science unit and municipal public health services (GGDs) among 90,000 people. (Detailed results in Dutch).

Since mid-March, various behavioural rules have been in force in the Netherlands aimed at reducing the number of contacts with others (e.g. maintaining a distance of 1.5 metres). The rules are also intended to help ensure that the coronavirus is not transmitted during contact with others (hygiene measures). If people believe that these behavioural rules will help to prevent infection (their own or others), this may help motivate them to follow the rules. However, the current situation also demands a great deal from people: these rules limit our freedom and our possibilities. This could have an impact on our mental, physical and social health – and on expectations for how long people will support the measures. These insights help the government to provide better support and information to citizens, so they will continue to comply with the behavioural rules.

The study conducted by RIVM and the municipal public health services shows that the easiest rule to follow is the ban on handshakes. 99.5% said they no longer shake hands. People are also generally doing fairly well at not visiting vulnerable people with health conditions (85%), sneezing into the elbow (75%) and using paper tissues (73%). Washing hands more than 10 times a day has been far more difficult for many people; only 42% managed.

Risk of catching or passing on the coronavirus

28% believe that it is unlikely they will become infected with the novel coronavirus. At the other end of the spectrum, 17% indicate that they are likely to contract the disease. Half of those surveyed indicate that getting infected would be a serious matter. Almost everyone (90%) would feel terrible if they passed on the virus to someone else.

Most people do believe that the measures are helping to contain the virus. Only 1-5% think that the measures are not helping, or hardly at all. The measures that people expect to be most effective are no more handshakes (90%), followed by staying home in the event of cold symptoms (89%).
Nearly 80% of those surveyed indicate that it was easy or very easy for them to follow the behavioural rules, especially the rules about hygiene. People are having a much harder time staying far enough away from others and not visiting others.

How well are people coping with the current situation? About half indicate no change in how despondent, anxious, stressed or lonely they feel compared to the period before the coronavirus. More than a third indicate that they have been feeling much more anxious, despondent, stressed and lonely. About 20% are having more problems sleeping than before.

Six in ten people say they talk to others almost every day about the response of the Dutch government to the coronavirus. Almost 60% are positive or very about it, while 10% are very negative. 69% are confident or very confident about the Dutch response, while 6% are less confident or not confident at all. According to 52%, the Netherlands is responding better or much better than other countries.

Support for the measures in the longer-term decreases if they have to be sustained for a longer period of time. 80% believe that it will be possible to keep observing the 1.5 metres rule until the end of June, according to their own best assessment. 60% still support this policy through the end of October. If the measures do stay in place until the end of October, there is a substantial decrease in support for limiting visits (45% decrease), not visiting people in more vulnerable health (38% decrease), and travelling abroad (24% decrease).

RIVM and the municipal public health services (GGDs) are conducting joint research on how the measures are affecting day-to-day life. This study will be repeated every two weeks for the upcoming period. 90,000 people aged 16 years and older took part in the study. The study was made possible by funding from the Netherlands Organisation for Scientific Research (NWO) and the Netherlands Organisation for Health Research and Development (ZonMw).

This in-depth study follows a study launched earlier this year by RIVM and the Netherlands Institute for Health Services Research (Nivel).