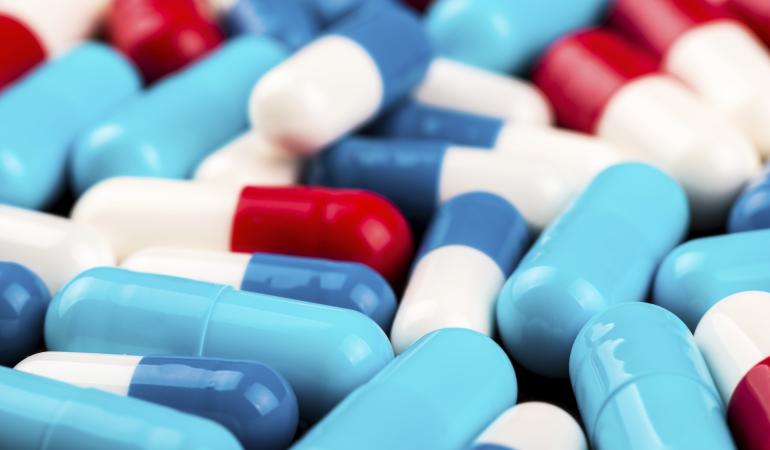 The resistance of certain species of bacteria to some antibiotics is slowly increasing. In particular when it comes to Klebsiella pneumoniae, a common intestinal bacterium, several antibiotics have been becoming less effective over the past five years. These bacteria can cause infections, such as bladder infections, which are more difficult to treat in such cases because of resistance. The use of last resort antibiotics is then necessary. The presence of this type of resistance is being monitored carefully.

To prevent resistance, it is important to use antibiotics properly and only when necessary. General practitioners prescribed the same number of courses of antibiotics as in the previous years. The overall use of antibiotics in hospitals looks like a light increase A possible cause can be the complex care.

Antibiotics usage and resistance in animals

Veterinarians prescribed about as much antibiotics in 2018 as in 2017. In comparison to 2009, the reference year, the overall use decreased by a bit more than 63%. Almost no antibiotics that are important in treating infections in humans have been used for animals in recent years. An important conclusion of the monitoring programme is that the stabilisation of antibiotics usage in animals corresponds with the stabilisation of resistance in bacteria in the intestines of domestic farm animals. The percentage of ESBL producing intestinal bacteria also remained approximately the same in pigs and dairy cows, although it decreased further in broilers. The percentage is continuing to increase only in veal calves. ESBLs are enzymes that can break down commonly used antibiotics such as penicillins.

The above results come from the NethMap/MARAN 2019 research report. NethMap was established as a result of a collaboration between the SWAB (Dutch Working Party on Antibiotic Policy) and the RIVM Centre for Infectious Disease Control. MARAN is a partnership of: Wageningen Bioveterinary Research, the Netherlands Food and Consumer Product Safety Authority, RIVM, and the Netherlands Veterinary Medicines Institute.