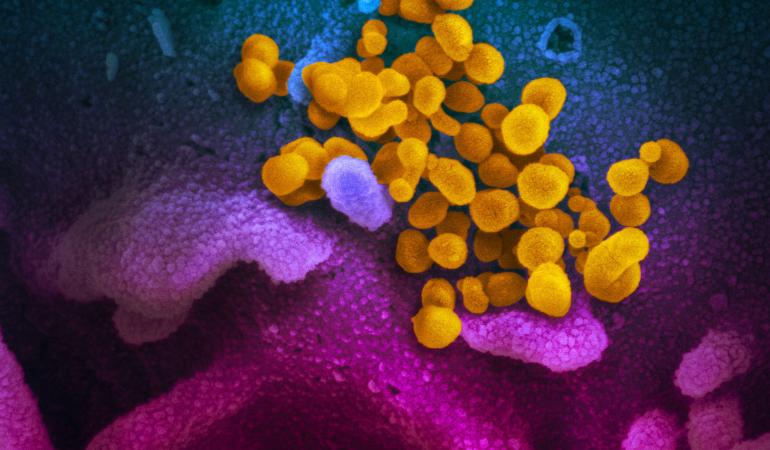 Two new variants of the coronavirus SARS-CoV-2 have been found in the Netherlands, both originating from Brazil.

During source and contact tracing, the Brazilian variant P1 (B.1.1.28.P1) was found in two people in the Amsterdam region. Both of these individuals recently returned from a trip to Brazil, were quarantined, developed symptoms and tested positive for COVID-19.  Due to their travel history, further investigation took place.

In the context of pathogen surveillance, the Brazilian variant P2 (B.1.1.28.P2) was found in two people in the Brabant region. The South American country is not in the travel history of these two individuals. The possibility of other ties to Brazil is currently being investigated.

Changes in the spike protein

Both of these Brazilian variants of the coronavirus, like the British and South African variants, may be more contagious than the variant most commonly found in the Netherlands so far. This is because mutations in the spike protein, the lines bristling out from the coronavirus, may make it easier for these proteins of the virus to attach to human cells. Further research is needed to determine whether that is actually the case.

The P1 variant is found mainly in outbreaks in and around Manaus, the capital of the Brazilian state of Amazonas. It is not yet clear whether the course of illness is different for this variant. Among other mutations, the variant has three changes in the spike protein, the lines bristling out from the coronavirus, that are considered cause for concern. These three changes are almost identical to the changes in the South Africa variant. The mutations in this variant may potentially make it more contagious and reduce the effectiveness of pre-existing or vaccine-induced immunity. This is currently being investigated at the national and international levels.

The P2 variant occurs throughout Brazil. One of the three concerning mutations mentioned in P1 also occurs in this variant. This mutation could potentially make the variant more contagious and lead to reduced immunity after previous infection with earlier variants or following vaccinations. Whether this is actually the case is currently also being investigated at the national and international levels. Like the P1 variant, it is not yet clear whether P2 leads to any changes in the course of illness.

If an infection with the one of the two Brazilian coronavirus variants is found, the Municipal Public Health Services (GGDs) will launch source and contact tracing.

Regardless of which virus variant is involved, including the Brazilian variants: follow the measures. Get tested as soon as possible if you have any (mild) symptoms and strictly follow isolation and quarantine measures.