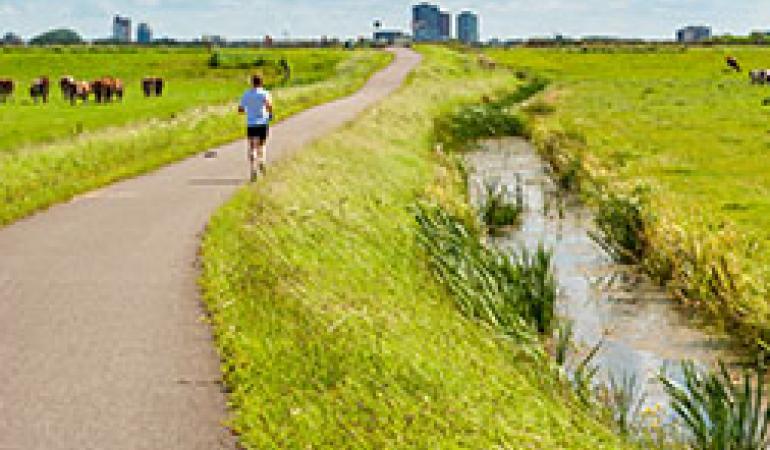 ESBL is an enzyme, produced by certain bacteria, which makes these bacteria resistant to antibiotics. Researchers from various institutes collaborating in a large consortium discovered that ESBLs occur frequently in livestock, the food chain, the environment and also in humans. However, ESBLs in livestock and meat were found to be genetically different from those in humans. This means that humans acquire ESBLs to a limited extent via livestock and through eating meat. The transmission mainly occurs between humans. These are the most important conclusions of the ESBLAT research consortium, part of the 1Health4Food programme in the area of animal and human health. The results will be presented during the ESBLAT symposium on 9 February.

ESBL is the acronym for Extended Spectrum Beta Lactamase. The enzyme ensures that bacteria become resistant to an important group of antibiotics. An infection with these resistant bacteria is more difficult to treat, which may be a problem for vulnerable people in particular.

Humans as a source

About five percent of the Dutch population carry ESBLs in their intestines. The researchers found major similarities between ESBLs from healthy carriers and people with an infection caused by these bacteria. This means that humans are an important source for the transmission of ESBLs to other humans.
People who are occupationally exposed to animal sources as a result of their work, such as livestock farmers and abattoir employees, have a higher chance of carrying ESBLs. Unlike the ESBLs in livestock and other people, the ESBLs of livestock farmers and their livestock do exhibit a high degree of similarity. That is due to the intensive, direct contact between these risk groups and the livestock.

A total of 22 different reservoirs where bacteria accumulate were investigated. ESBLs were found in all of these reservoirs. For example, the researchers found ESBLs in pets, wild birds, poultry, pigs, cattle, and in surface water. However, the ESBLs they found in livestock and in meat showed little genetic similarity with those found in humans. This means that livestock farming contributes less to ESBL carriership in humans than was previously assumed. It is therefore a misconception that humans mainly acquire ESBLs through eating meat (especially chicken meat). If the meat is sufficiently cooked and there are adequate hygiene measures in the kitchen, then the chance of people being exposed to ESBLs is small.

ESBLs in the environment were also studied during the research. Surface water often contains ESBLs. That is mainly due to the discharge of purified wastewater from the sewerage system but also because animal manure can end up in surface water. Nevertheless, the chances of people coming into contact with these, for example through swimming, is small as concentrations of ESBLs in water are low.
People who live near livestock farms are also exposed to ESBLS, for example via the air. However, they do not have an increased risk of carrying ESBLs. In conclusion, the research has shown that the contribution of livestock farming via the environment is small as well.

The research consortium consists of Wageningen University, Utrecht University, RIVM, the Dutch National Institute for Public Health and the Environment, University Medical Center Utrecht and GD Animal Health. The research is part of 1Health4Food. This is a public-private research consortium in the area of animal and human health. Organisations in different sectors are jointly collaborating with the government in this consortium. In recent years, this research programme has worked on ten different projects.

This project is financially supported by the Dutch Topsector Agri & Food. Within the Topsector, private industry, knowledge institutes and the government are working together on innovations for safe and healthy food for 9 billion people in a resilient world.