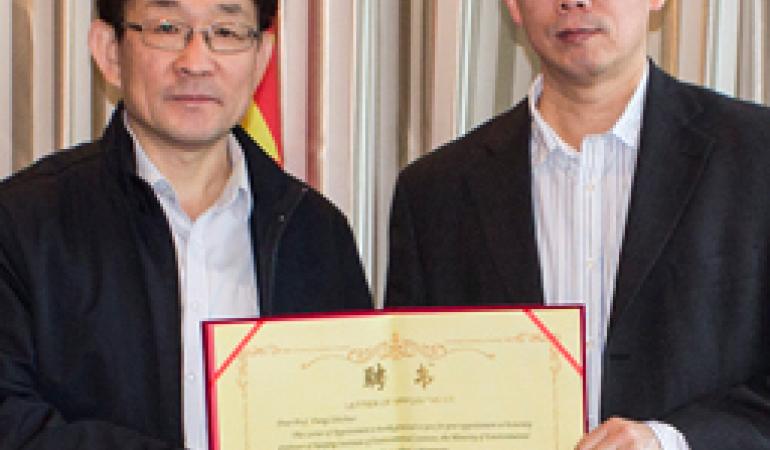 Dang is senior scientist at RIVM Centre for Safety of Substances and Products. Before his appointment at RIVM, Dang was visiting professor at the Ocean University of China and the Chinese Research Academy of Environmental Sciences.

ZhiChao Dang received a master-degree in 1989 in both marine biology and environmental toxicology at the Ocean University of China. Therafter he became university lecturer at this institute for a five year period. At the end of 1994 Dang came to the Netherlands for his PhD-research at Radboud University in Nijmegen. After his degree he joined Leiden University Medical Centre and VU University Medical Centre Amsterdam as senior clinical scientist where he studied the impact of phyto-estrogens on metabolic diseases (e.g. osteoporosis, obesity and diabetes). Since 2005 ZhiChao is working at RIVM and involved in both risk assessment of industrial chemicals within the REACH framework and environmental risk assessment of drugs. As an expert on endocrine disrupting chemicals he is member of various national and international expert groups in this field.

Besides his regular work at RIVM, ZhiChao Dang fulfills the important task as both scientific and cultural liason officer between RIVM and Chinese partners. He was manager of several projects, e.g. the G2G cooperation project between China and the Netherlands (2011-2013). Dang also organised several scientific RIVM missions to China on a variety of subjects.