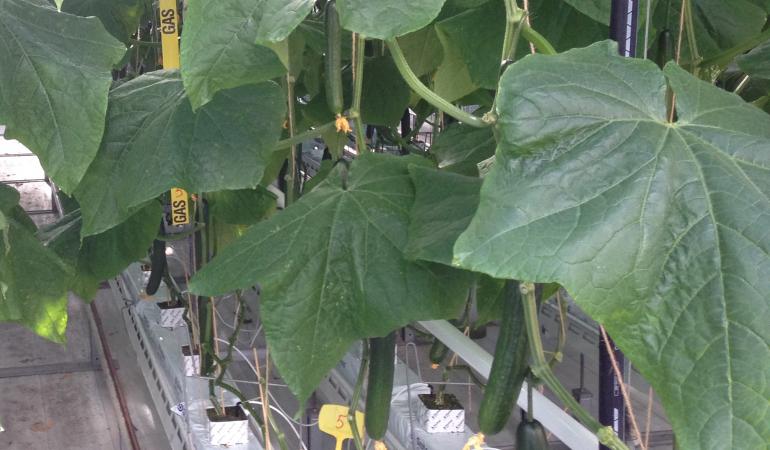 Residues of plant protection products used in greenhouses may enter surface water upon discharge of nutrient solution and affect surface water organisms. Research conducted by RIVM has shown that the Greenhouse Emission Model (GEM) is very well suited for predicting residue concentrations in discharge water from substrate cultivations. These calculations are used for the authorisation of plant protection products.

RIVM tested the Greenhouse Emission Model with results from an experiment in which a cucumber crop was treated with three plant protection products (PPP), at pilot scale. The PPP were applied to the crop along with the nutrient solution. Thereafter, concentrations of the active substances were measured in both the solution flowing towards the crop and the water draining from the crop, during six days. This period is long enough to study the influence of recirculation and plant uptake on the concentrations in the solution. For two of the three substances, the predicted and measured concentrations were comparable from 36 hours after the start of the experiment onwards. For the third substance, this situation was reached after approximately 80 hours. The substances disappeared from the water by plant uptake; degradation was negligible in this experiment.

The Greenhouse Emission Model is used in the authorisation procedure to predict environmental risks of PPP intended for use on covered crops. The model has been developed by RIVM in cooperation with Wageningen Environmental Research and Wageningen Plant Research.