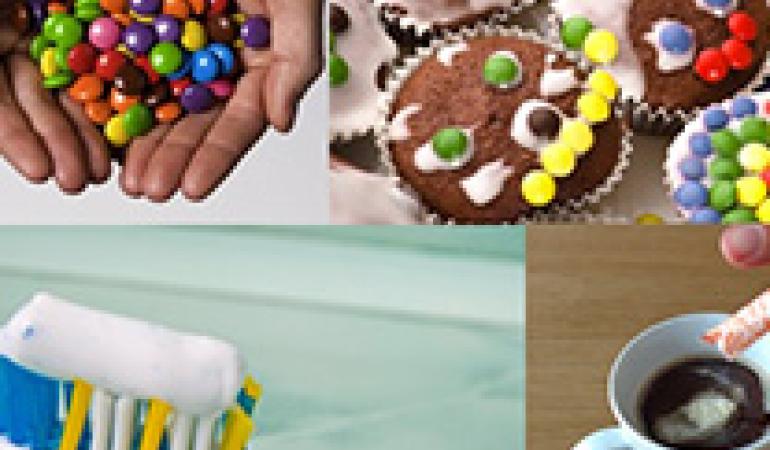 Health effects due to exposure to titanium dioxide nanoparticles via food, food supplements and toothpaste cannot be excluded. RIVM recommends further research to gain more insight on the likelihood of effects after long-term exposure. Because it has become clear that nanoparticles can behave differently as compared to larger particles or soluble substances, RIVM has investigated the health effects of the fraction of nanoparticles as present in the white colorant titanium dioxide. The findings have been published in the scientific journal Nanotoxicology.

Smaller particles can have different features

No limit has been set for the amount of titanium dioxide that man can daily ingest. It is nowadays known that very small particles, such as nanoparticles, can behave differently from larger particles of the same chemical composition. The small particles have a relative large surface area and can therefore be reactive and may cause harmful effects. In addition, they may end up at different sites in the human body.

Research on the intake of titanium dioxide

Because of these recent insights RIVM has investigated potential health risks due to exposure to titanium dioxide. First, RIVM estimated the amount of titanium dioxide nanoparticles that the Dutch consumer daily ingests via food, food supplements and toothpaste. This was calculated by using measured concentrations in food products and toothpaste, which were linked to information on the intake of food products. The products contributing most to the intake of TiO2 are toothpaste (in young children only), candy, coffee creamer, fine bakery wares and sauces.

Second, RIVM performed a risk assessment by estimating the concentration of titanium dioxide nanoparticles in human liver, and subsequent comparison to the concentration in the liver of test animals for which adverse effects were found. The accumulation of particles in time was taken into account in these calculations. Based on this investigation and considering the differences between man and animals and sensitive people, it appears that liver effects cannot be excluded. To gain better insight into the likelihood of effects after long-term exposure (such as via food), further research is recommended.

Research was conducted by order of the Netherlands Food and Consumer Product Safety Authority.

The European Food Safety Authority (EFSA), the European agency that performs independent scientific assessments on food safety, has published their assessment on the food additive E171 in September 2016. The EFSA assessment includes potential human health risks due to the presence of nanoparticles in E171. The results of RIVM research were also taken into consideration. EFSA concludes though, that based on the currently available information and use, TiO2 (E171) would not be of concern. The institutes derive different conclusions because RIVM accounts in a different manner for accumulation of TiO2 nanoparticles in organs during a human life span.