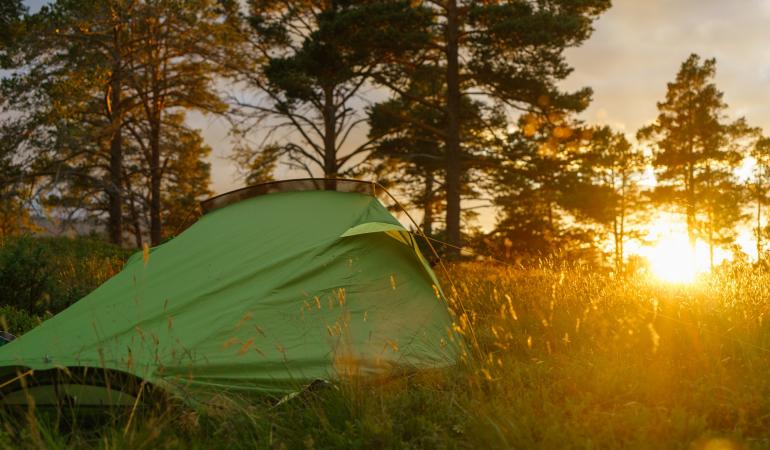 One in five people who report having been bitten by a tick on Tekenrader.nl register that they have more than one tick bite. If you have found one tick bite, check for others! Last year, people reported the most tick bites from the provinces Gelderland, Noord-Brabant and Noord-Holland. If you correct this data for the number of inhabitants, the top three consists of Drenthe, Gelderland and Utrecht.

RIVM and Wageningen University have been communicating to check for a tick bite after visiting the outdoors (greenery) for a few years now. Data from tens of thousands of reports on Tekenradar.nl shows that you should always keep searching after you find one tick on your body. “Most people only report one tick. However, almost one in five people reports two or more tick bites,” says RIVM researcher Kees van den Wijngaard. “If you find one or more ticks, then tell the people you were with because they should also check themselves extra carefully”.

Distribution of tick bites across the Netherlands

You can get a tick bite throughout the Netherlands. Researchers from RIVM and Wageningen University do see significant regional differences in the number of reports that people pass on via Tekenradar.nl. Almost a quarter of the tick bite notifications came from Gelderland. Noord-Brabant and Noord-Holland come in places two and three of provinces with the most tick bites. If you adjust the number of reports for the number of inhabitants who live in a province, then Drenthe, Gelderland and Utrecht are the top three.

During the Ascension and Whitsun weekend, many people go camping, walk in the woods or BBQ in the park or in the garden. Those who enjoy the greenery must also do a tick check, especially now. Van den Wijngaard: “Every year in June and July we receive the most tick bite notifications. About half of all reports per year are reported on Tekenradar.nl in these two months. "

Every year more than a million ticks bite someone in the Netherlands. Two to three of every hundred tick bites will cause Lyme disease. Ticks can also transmit other infectious diseases. Those who quickly remove a tick have a smaller chance of becoming ill. It is therefore wise to do a tick check as soon as possible after you have been in a green environment.

Have you found one or more tick bites? Remove the tick immediately and keep an eye on the spot for three months. Contact your doctor if you see a ring or a large red rash develops or if you suffer from fever or other symptoms.

More than a thousand people have already participated in our ongoing research into tick bite diseases. Would you like to participate? We are looking for adults who developed a fever after a tick bite. We are also looking for children who are about to start antibiotic treatment for Lyme disease. Please register via Tekenradar.nl.

This news in Dutch