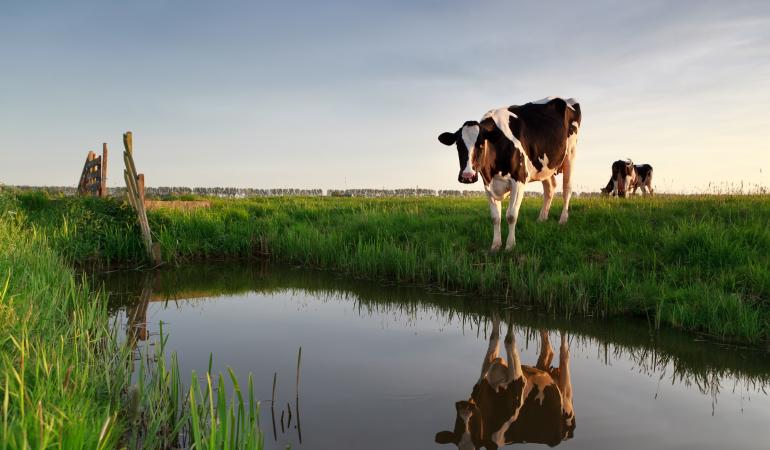 Nitrate leaching on ‘derogation farms’ has risen in recent years, most likely due to the drought experienced throughout the Netherlands in 2018 and regionally in both 2019 and 2020. In spite of this rise, derogation has had no negative impact on water quality in the years since 2006. The average nitrogen soil surplus in 2020 was lower than the average of the entire series of measurements since 2006. This is indicated in the annual derogation report of RIVM and Wageningen Economic Research.

In the period 2006 to 2017, the surplus of nitrogen to the soil on derogation farms fell. This means a reduction in the overall quantity of nitrogen in the soil that can leach into the groundwater as nitrate. Following a rise in 2018 on account of drought, the average nitrogen soil surplus in 2020 was lower than the average of the entire series of measurements since 2006.

In the Netherlands, certain farms are permitted to use more manure from grazing animals on their land than the general standard referred to in the Nitrates Directive. This permission is known as ‘derogation’. These farms must, however, satisfy certain conditions, including the requirement that their agricultural land be at least 80% grassland. The European Nitrates Directive seeks to protect water from contamination by nutrients, including nitrate, from agricultural sources. The Nitrates Directive is linked to the Water Framework Directive, whose overall objective is to achieve and preserve good ecological and chemical water quality.

RIVM and Wageningen Economic Research measure and report on the impacts of derogation for water quality and farm management on three hundred derogation farms every year. They also analyse developments that have taken place since 2006, the year that the derogation was introduced. The report is a requirement under the Derogation Decree granted to the Netherlands by the European Commission.