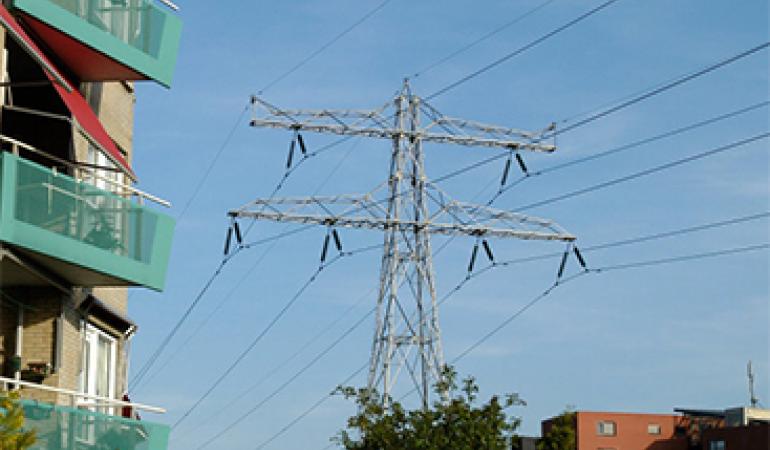 Policies on magnetic fields from power lines in the Netherlands, Belgium, France, Germany and the United Kingdom are based on different considerations. This concerns the weighing of the scientific evidence for a possibly increased risk of leukaemia in children against social, economic and political considerations. These are the results of research by RIVM.

The Netherlands and several other European countries have developed policies that aim to reduce the exposure to magnetic fields from new power lines out of precaution. Scientific research has shown a possibly increased risk of leukaemia in children who live near overhead power lines. Because of statistical uncertainties and the fact that it is unknown how the fields could cause or promote cancer, it is not clear whether the magnetic fields of the power lines are the cause of the possibly increased risk.

The five countries differ in the limits that are applied to the strength of magnetic fields and in the locations and types of electricity infrastructure to which the policy applies. For example, the policy in the United Kingdom is the most restrained and is aimed at informing the public and changing the connectivity (phasing) of power lines. The Netherlands advises to limit the exposure of children to magnetic fields from power lines in new situations to the strength above which the leukaemia risk is possibly increased. Germany applies a policy that aims to minimise magnetic fields from a broader range of electricity infrastructure, for example also for switch stations and the overhead wires of railways.