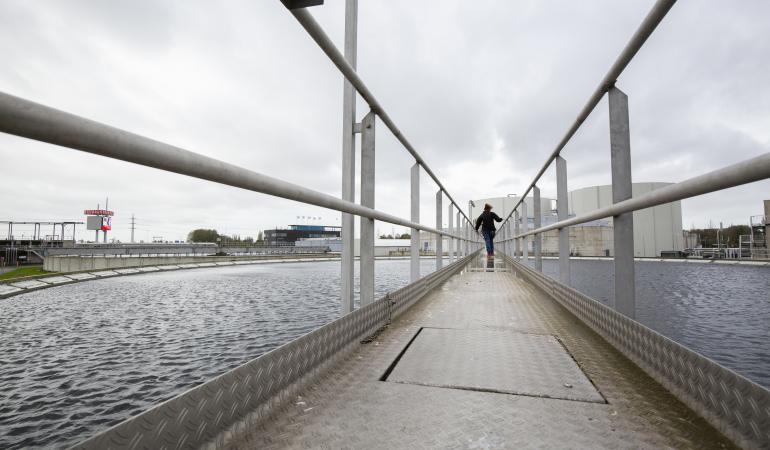 Employees at sewage and wastewater treatment plants in the Netherlands and Germany are not more likely to carry antibiotic-resistant bacteria than other people. In Romania, these workers do have a higher probability of being carriers. These findings are from research conducted by RIVM.

The study took place between 2018 and 2020 in the Netherlands, Germany and Romania. In the three countries, employees at sewage and wastewater treatment plants submitted a stool sample and completed a survey questionnaire. Local residents in the regions where the treatment plants are located also submitted a sample and completed the same survey. The results of both groups were compared.

Sewage can contain high levels of antibiotic-resistant bacteria. These bacteria enter the sewage system via human faeces. Employees at sewage and wastewater treatment plants can potentially be exposed during the course of their work. For example, workers could inhale airborne water droplets (aerosols). Workers could also be exposed to the bacteria through hand contact with sewage (or treatment products, such as sludge) followed by transfer to the mouth (for example by eating or smoking, or by scratching/rubbing an itch).

People can also pick up antibiotic-resistant bacteria in other ways. For example, exposure could occur during travel in countries where resistance is more common than in the Netherlands, or due to (incorrect) use of antimicrobial treatment. When someone contracts an infection involving resistant bacteria, antibiotics do not help. As a result, these infections are difficult to treat.

More ESBL-EC in Romania than in the Netherlands and Germany

No increased risk for sanitation workers in the Netherlands and Germany

The results differed widely between Romania and the Netherlands/Germany. The exact cause of this difference is not known. Further research is needed to determine whether sewage in Romania contains higher levels of resistant bacteria, which would make it more likely for employees at sewage treatment plants to be exposed. Alternatively, different protective measures may be in place at sewage and wastewater treatment plants in Romania, Germany and the Netherlands.

This study is part of a major research initiative on antimicrobial resistance. The initial results have been described in a scientific article, which has been submitted to a scientific journal for peer review. A preprint of the article Carriage of ESBL-producing Enterobacterales in wastewater treatment plant workers and surrounding residents - The AWARE Study is available.