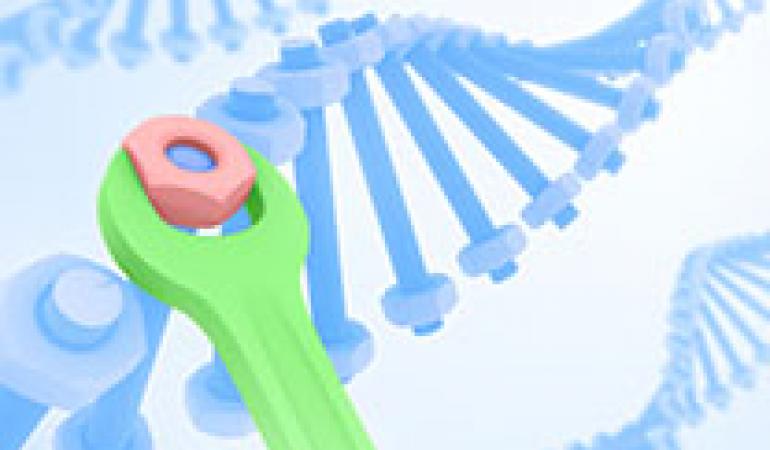 Mice with a severe aging disease live three times longer if they eat thirty percent less. Moreover, they age much healthier than mice that eat as much as they want. These are the findings of a joint study published today by Erasmus MC and RIVM in the leading scientific journal Nature. The results can be very important for children with an aging disease who now still die very young. These findings may eventually facilitate unraveling the causes of other age-related diseases such as Alzheimer’s and Parkinson’s disease.

The researchers modified the DNA of mice in such a way that the mice developed the same aging diseases as humans. These diseases occur as a result of a defect in the DNA repair system. In humans, this defect causes progeria disorders such as Cockayne syndrome, and trichothiodystrophy, from which patients, and in particular children, age prematurely and have an average life expectancy of 12 years. As these children show impaired growth, parents tend to encourage them to eat more.

The study has now established that in mice with this disease it is actually very important to eat less. ‘Mice that were given 30 percent less food lived for more than a year, compared to only 4 to 6 months if they were not put on a diet. The rapid deterioration of the nervous system, retina and motor coordination were practically stopped. The liver, kidneys, bones, immune system, and vascular system remained in a much healthier state’, says researcher Martijn Dollé from RIVM. ‘This also provides possibilities to investigate other interventions counteracting aging-related complications.’

Researcher Wilbert Vermeij from the Erasmus MC explains the dramatic effect of a simple diet as follows: ‘The DNA is constantly being damaged, but a special DNA repair system keeps repairing the damage. However, in these children and in mice the DNA repair system does not work, resulting in an accumulation of damage in the cells and the whole organism ages faster. However, a strict diet makes the body go into a defense mode and redirects its energy more towards maintenance and defense than growth. Moreover, dietary restrictions lead to less DNA damage, thereby slowing down the aging process.’

According to Professor Hoeijmakers the diet will almost certainly also work for children with these aging diseases. ‘Previous studies have shown that the repair system in mice works in the same way as that in humans. There is only a 5 percent difference in the DNA repair genes of mice and humans, and they are even similar to the repair genes of baker’s yeast. If genes barely change in the period of a billion years, and they are passed on very accurately, they are extremely vital for survival. In addition, dietary restrictions slow down aging in many other organisms, even in baker’s yeast. So you can bet your house on it that what we found in mice also works in humans.’

Hoeijmakers: ‘For the long term, the study will also be key for preventing Alzheimer’s and Parkinson’s disease. We have developed a mouse that shows that for many of these common diseases aging is the main cause, and that the DNA repair system is crucial for this. All the more reason for further research.’