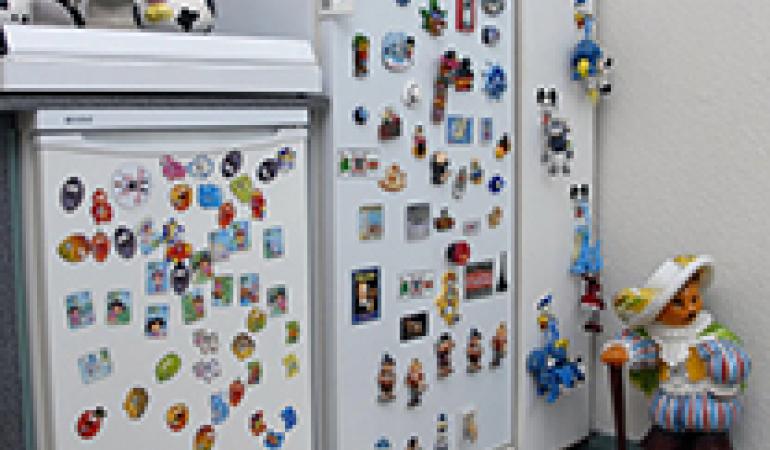 Without global agreement on the use of HFCs, their contribution to the greenhouse effect may increase sharply to 10 percent of that of CO2 by 2050. The current contribution is less than 1 percent. These are the findings of research led by the Dutch National Institute for Public Health and the Environment, RIVM. From 1-5 November 2015 a total of 197 countries will meet in Dubai to negotiate reduction of the use of HFCs. If the countries reach an agreement, it will be the first time that a global treaty addresses part of the climate problem.

The use of HFCs is increasing rapidly because they are used to replace ozone-depleting substances (CFCs and HCFCs) in refrigerators, air conditioners and insulation materials. The use of CFCs and HCFCs will be further reduced in the coming decades by implementing the agreements laid down in the 1987 Montreal Protocol which aims to protect the ozone layer. HFCs do not break down the ozone layer, but contribute to the greenhouse effect. Far-reaching restrictions on the use of HFCs are technically possible. 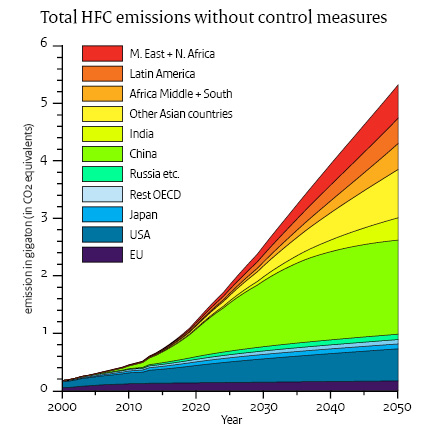 Researchers have calculated the effects of various scenarios. If the global use of HFCs continues to grow at the current rate, their contribution to the greenhouse effect may reach 10 percent of that of the main greenhouse gas CO2 in 2050. The growth in HFC emissions is expected to occur especially in emerging economies such as China, India and other Asian countries. Without restrictions on the use of HFCs their emissions are projected to originate for about 50% percent from refrigerators and about 30% from air conditioners in 2050.

From 1 to 5 November, a month before the 21st Conference on Climate Change (COP21) in Paris, 197 countries will negotiate in Dubai, in the framework of the Montreal Protocol, over global restrictions on the use of HFCs. With an agreement, the contribution of HFCs to climate change could be limited to about 2 percent in 2050. Such an agreement would be notable and it would be the first global treaty to address part of the climate problem.

In recent years agreements have already been reached on some control measures. In 2014, a new regulation came into effect in the European Union restricting the use of HFCs. As of 2015 similar legislations are in effect in the US and Japan. The researchers have quantified the effects of these regulations in extra calculations based on a scenario with no additional agreements (unlimited growth). The impact of the existing agreements to reduce HFCs is limited, because of the expected strong growth in HFC use in the coming years in developing countries such as China and India.