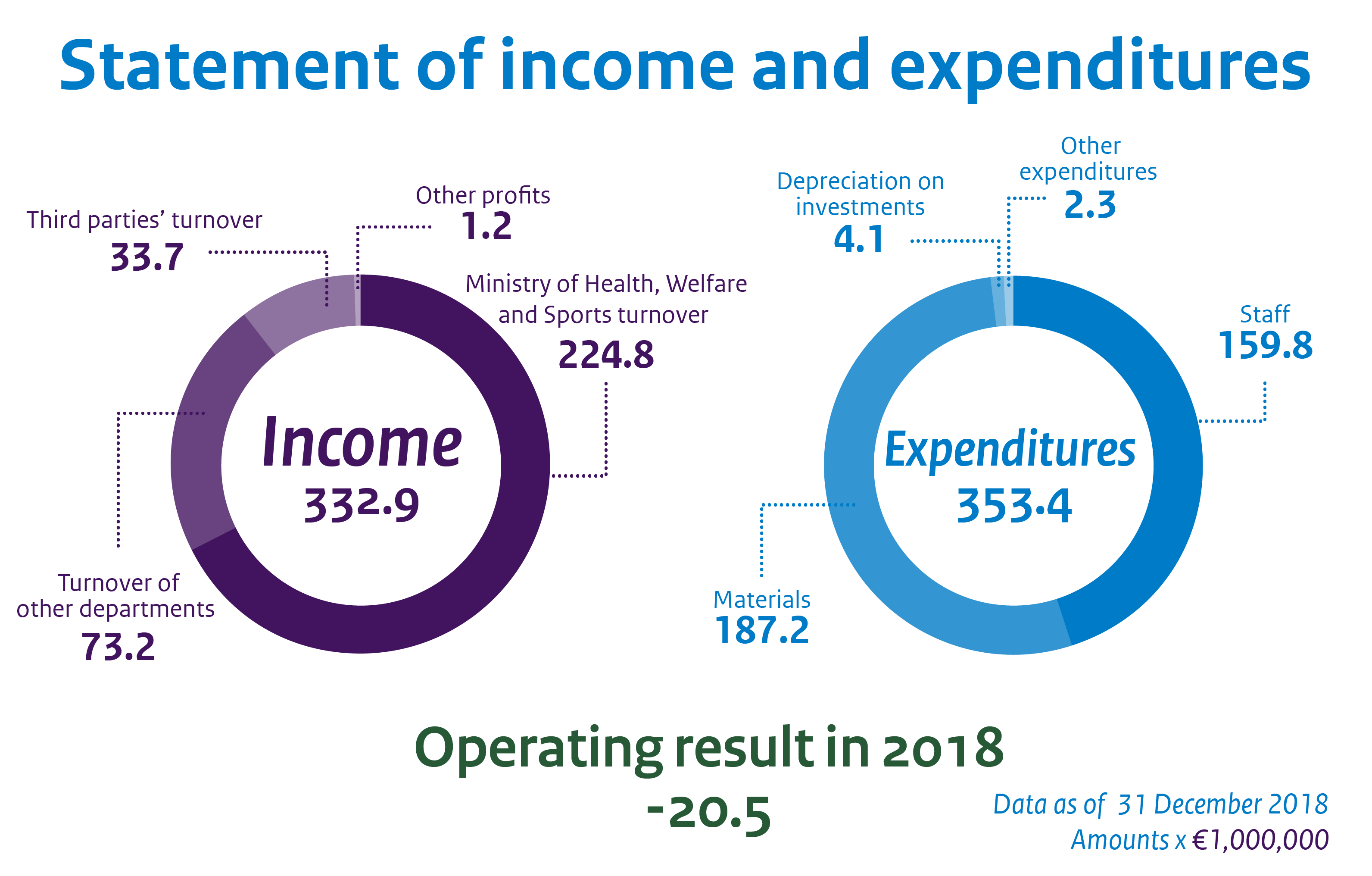 The income is principally derived from commissions from within the parent ministry for RIVM National Institute for Public Health and the Environment : the Ministry of Health, Welfare and Sport (VWS). The other departments for which RIVM handles commissioned projects are: the Ministry of Infrastructure and Water Management (€50.6 million), the Ministry of Economic Affairs and Climate (€14.9 million), and a number of other government bodies (€7.7 million). Projects for third parties are commissioned by both national and international clients, including the European Commission and the World Health Organization.

The expenditure (costs) necessary for the implementation of these commissioned projects can be attributed in part to personnel and in part to materials. At the end of 2018, the total workforce at RIVM assigned to commissioned projects represented 1,660 FTE. The material costs include the building leases for RIVM accommodations, as well as the costs of arranging implementation by organisations other than RIVM and the costs of purchasing vaccines.

RIVM closed 2018 with a negative operating result of €20.5 million. This loss is charged to the equity capital. RIVM operates on a non-profit basis. 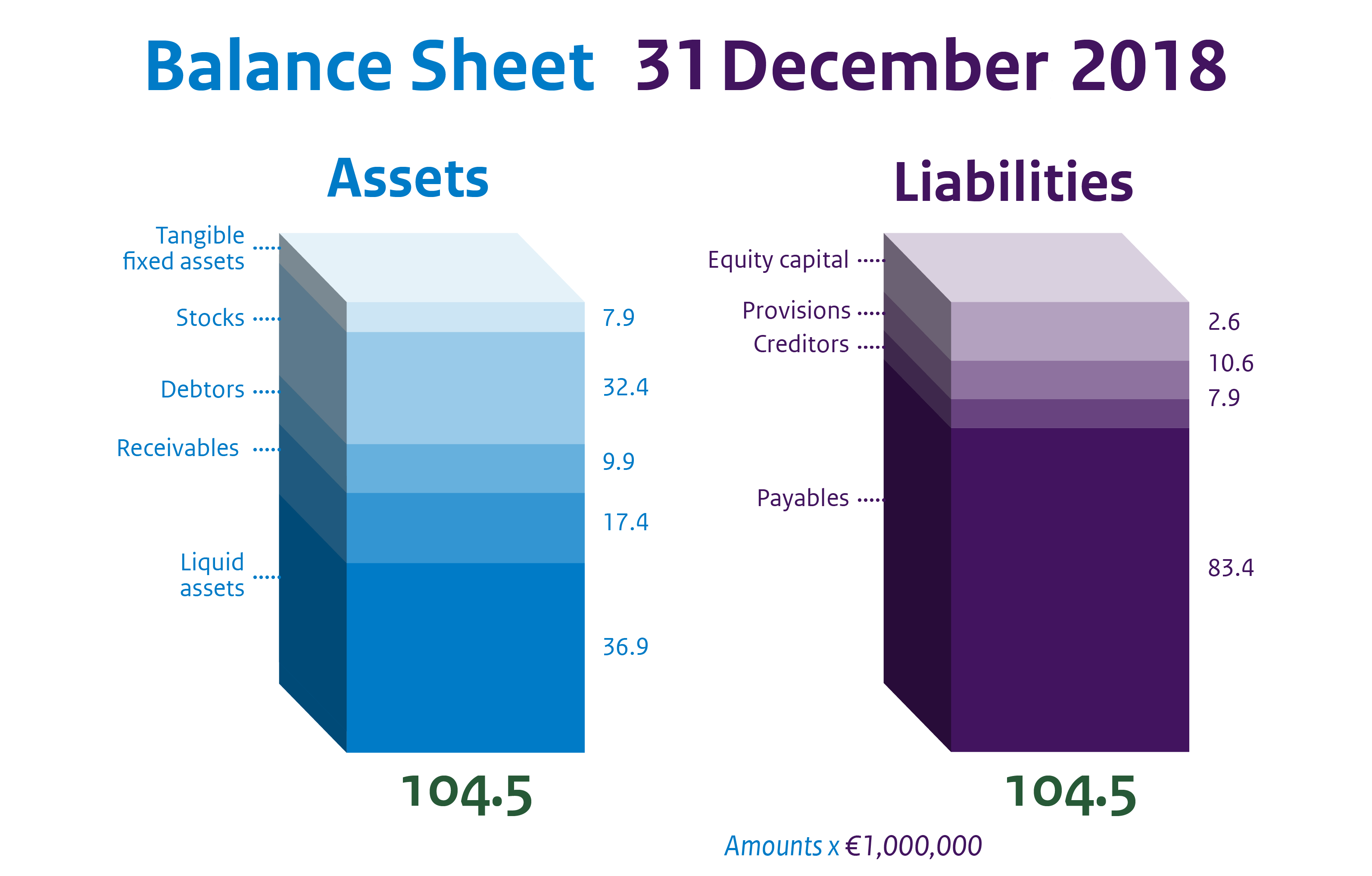 The RIVM assets are represented on the balance sheet.

The inventory listed on the balance sheet refers to the vaccines held by RIVM for the National Immunisation Programme (€ 31.3 million). Accounts receivable and outstanding amounts (€14.4 million) primarily refer to receivables from ministries and other government agencies. The liquid assets represent the amount available on the balance date to settle any accounts.

Based on the average turnover of RIVM over the past 3 years, the maximum permitted equity capital is €16.7 million. The equity capital includes the negative operating result of €20.5 million in 2018. Provisions relates to a reserve held to cover specific future obligations that have not yet been defined. The biggest item under liabilities is the outstanding amounts. The majority of these refer to executory contracts involving commissions. Consequently, these outstanding amounts include €35.6 million in rights held by ministries and other government agencies.