However, since HFCs are used as substitutes for ozone-depleting substances (CFCs and HCFCs) in the same applications, they are relevant to the protocol. Since 2009 the countries of the United Nations have negotiated to reduce the use of HFCs through the Montreal Protocol. This resulted in an amendment of the Montreal Protocol in October 2016. When a sufficient number of countries have ratified the amendment, it will enter into force on January 1, 2019. 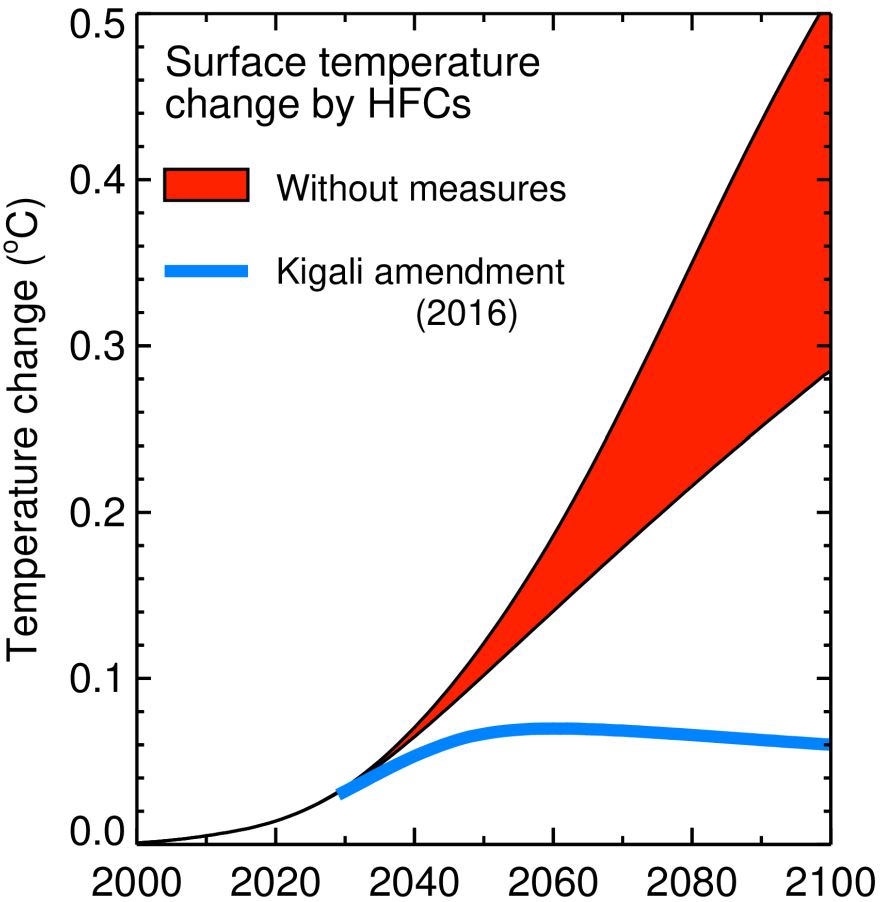 The figure shows the contribution of HFCs to the average surface warming of the Earth with and without the Kigali amendment.