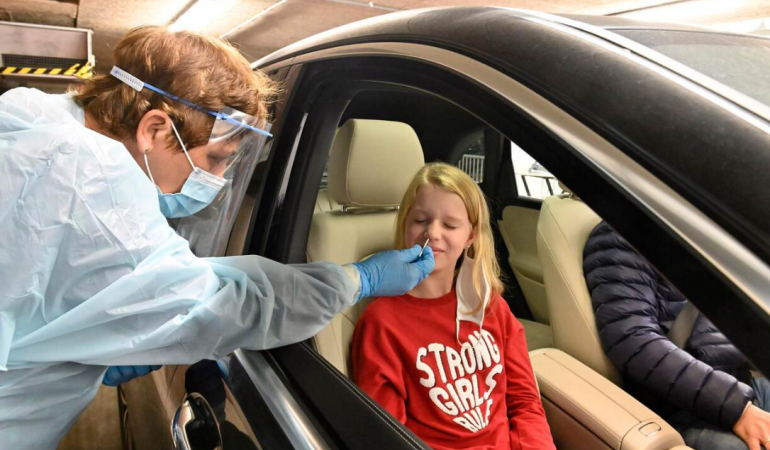 In the week of 9-15 December, 58,412 new people who tested positive for COVID-19 were reported by the Municipal Public Health Services (GGDs). This is an increase of more than 15,000 newly reported infections (36%) compared to the week before, when 43,103 new infections were reported. The number of positive COVID-19 tests reported today and yesterday is lower than the actual number, because the GGD registration system has been overloaded since Sunday. As a result, positive tests are reported more slowly to RIVM. The percentage of people who tested positive for COVID-19 has risen to 12.0%. That percentage was 11.6% in the week before. The reproduction number has risen and is now above 1.

Pressure on the healthcare system is increasing due to the large number of patients who have to be admitted due to COVID-19. 1,480 new hospital admissions were reported in the week of 9 to 15 December. That is 251 more admissions than in the previous week, when 1,229 people were admitted to hospital (+20%). In the past week, there was a 24% increase in the number of people admitted to the intensive care units. Patients who are admitted to the ICU due to COVID-19 spend an average of 15 days there. 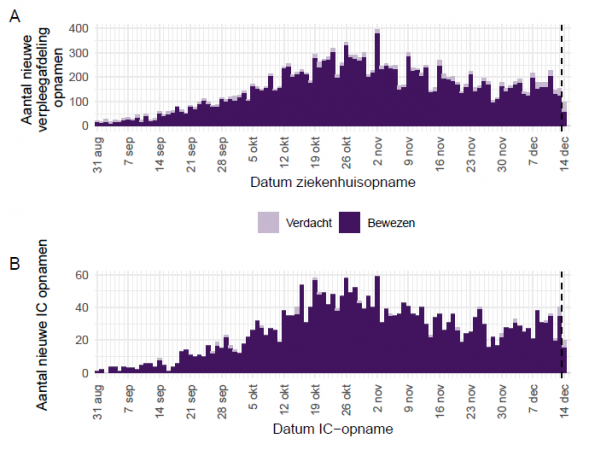 *Including admissions to German ICUs when the Dutch ICUs were over capacity.

The capacity in the test lanes is currently sufficient. The time between making an appointment and receiving the test result of a test in the GGD test lanes has gone up somewhat in the past week. In most cases, someone who telephones via 0800-1202 or makes an appointment online will receive the results of the COVID-19 test within 41 hours; last week that interval was 34 hours.

The reported number of people who tested positive for COVID-19 per 100,000 inhabitants has increased in all age categories. The highest number of reported positive tests per 100,000 people was in the age groups of 13-17 years and 18-24 years (figure 2).

Skip chart Number of confirmed cases per 100,000 inhabitants, by age group, 2 November to 13 December 2020 and go to datatable

The number of nursing home locations and residential care centres with at least 1 confirmed COVID-19 infection has also increased in the past week, rising from 97 in the week of 2 to 8 December to 156 in the past week. A nursing home or residential care centre is counted as a ‘new location’ if no new patients have been reported at least 28 days prior to the positive test result.

Figure 3. Number of new nursing home and residential care centre locations with at least one laboratory-confirmed COVID-19 infection from 31 August 2020 on.

It continues to be important to always get tested if you have symptoms that could indicate COVID-19 – even if you think it might just be a common cold. To prevent the virus from continuing to spread, it is important for everyone to comply with the measures and the basic rules. Stay at least 1.5 metres from others. Stay at home as much as possible and minimise the number of people you have contact with. Work from home. If you have symptoms, stay home and get tested. Wash your hands frequently, especially when you arrive somewhere from outside.

RIVM publishes open data that is accessible to everyone every day around 15.15 hrs (3:15 PM). **The estimates for R from longer than 14 days ago are reliable. An estimated R based on data from less than 14 days ago involves more uncertainties. That is why we always look at the R from 14 days ago.