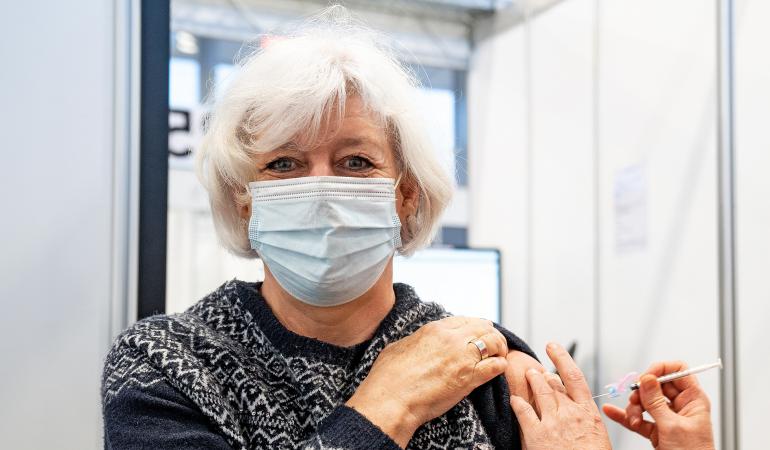 From 15 February on, the first people will be vaccinated against COVID-19 via their GP. Due to the limited availability of the AstraZeneca vaccine, the first invitations will go to all people born in 1956 or 1957. In addition, this round will also include vaccinations for groups that have a high risk of severe illness resulting from COVID-19. In this round, this concerns people with Down’s Syndrome and people with morbid obesity (BMI >40). The staff of the GP practices will also be vaccinated.

The Health Council has recommended accelerating the schedule, using AstraZeneca to vaccinate people aged 60-64 years and individuals who have a high risk of severe illness resulting from COVID-19. In total, this round involves more than 1 million people aged 60-64, people with Down’s syndrome, and people with morbid obesity. However, there are a limited number of AstraZeneca vaccines available. For that reason, from Monday on, GPs will start by administering vaccines to people in their practice who were born in 1956 and 1957. People with Down’s Syndrome and people with morbid obesity (born between 1 January 1956 and 31 December 2002) will also be included in this round. The Association of Dutch General Practitioners (LHV), RIVM and medical specialists are still discussing how to define the group of people with a neurological condition in combination with respiratory problems.

Since there are not enough vaccines for immediate nationwide roll-out, a regional approach has been chosen. On Monday 15 February, GPs in the province of Zeeland will start vaccinating. GPs in Limburg will follow later that week. From that point on, the process will continue from the southern to the northern provinces as much as possible. The aim is to invite this entire initial target group and the high-risk groups in February and March, with a possible extension to April. People will receive the invitation through their own GP.