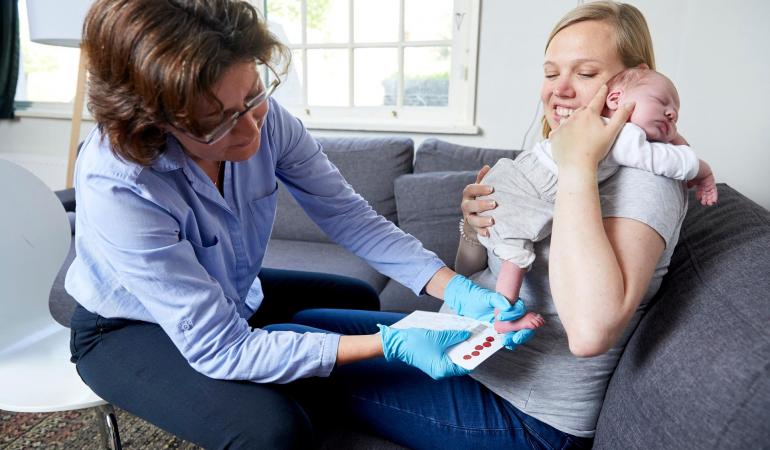 From 1 June 2022, the heel prick test for Dutch newborns will also screen for spinal muscular atrophy (SMA). SMA is a serious hereditary muscle condition. Detecting this disease at an early stage enables early treatment. This prevents serious harm to the child’s health.

SMA is a serious hereditary muscle condition. Each year, around 15 to 20 children in the Netherlands are born with SMA. Children with this disease get paralysed and can die from it. Complaints usually start at an early age. The seriousness of the disease varies per child.

Early detection of SMA means that treatment can start within a few weeks after birth. This prevents irreparable damage and severe suffering. SMA is treated in the SMA Expertise Centre, which is part of the University Medical Center Utrecht.