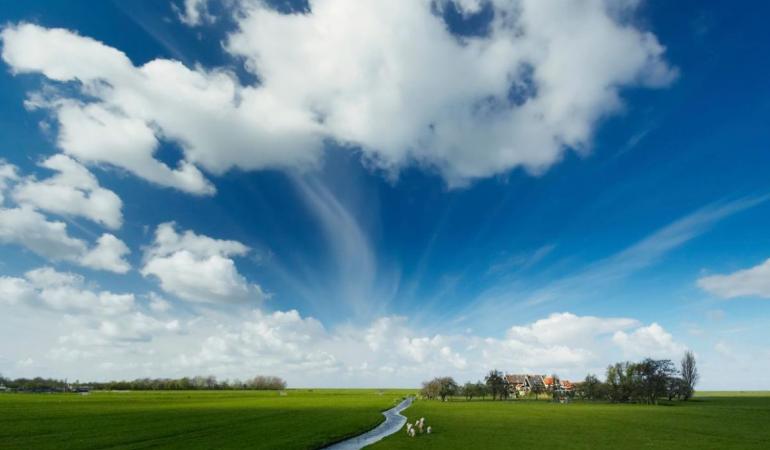 Greenhouse gas emissions have fallen slightly; ammonia emissions remain stable.  This is evident from the new emission figures published by RIVM / Emission registration for the year 2018 and the final figures for the year 2017. The data provide a factual basis for public debate on nitrogen deposition, climate and air quality.

The preliminary figures show that the emission of greenhouse gases in the Netherlands in 2018 was 189.3 billion CO2 carbon dioxide equivalents. This is 2 per cent lower than in 2017 and 15 per cent lower than in 1990. The Netherlands has the objective to have a greenhouse gas emission by 2020, that is 25 per cent below the level of 1990. The decrease is mainly due to a decrease in the emissions of the other greenhouse gases (methane, nitrous oxide and F gases). CO2 emissions have remained virtually unchanged since 1990. The preliminary figures for 2018 are in line with the forecast published in May. RIVM /Emission Registration publishes the greenhouse gas figures in collaboration with Statistics Netherlands (CBS).

One of the reasons why Dutch emissions have exceeded this ceiling is that, in accordance with European agreements, more sources have been added to the 1990-2017 emission series; in addition, there are more emissions as a result of higher manure production per dairy cow.
Ammonia is an important component of nitrogen deposition. The report on the large-scale Dutch nitrogen deposition and air quality was also published today.

The Netherlands has requested adjustment permission from the European Commission to exclude recently added sources from the assessment of the ceiling.  This request is in line with the European review agreements.