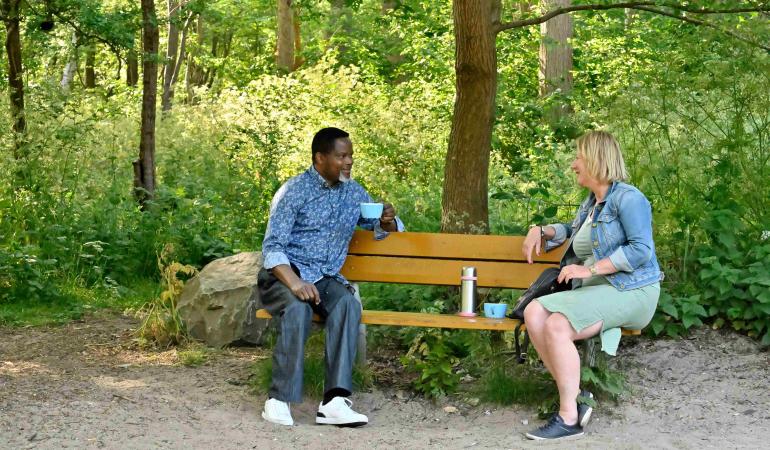 3,597 new COVID-19 infections were reported last week. This is almost the same as last week, when there were 3,588 newly reported infections

This stabilisation can be seen in almost all age groups. Like last week, the highest numbers of newly identified infections were reported in the provinces of South Holland and North Holland. The number of new infections fell slightly in North Holland. In the provinces of South Holland, North Brabant and Utrecht, the number of new infections rose slightly compared to the number in the previous week.   (See the epidemiological report - only in Dutch.)

Percentage of positive tests this week is 2.2%

Since March 2020, RIVM has been reporting the number of hospital admissions to nursing wards based on the reports submitted to the municipal public health services (GGDs). Until 1 June, tests for COVID-19 were primarily administered to people who were seriously ill. Many of these patients were already in hospital or were admitted to hospital shortly afterwards. During this period, the numbers of hospital admissions reported to the GGDs and to the NICE Foundation were very similar. See Figure 1a and 1b.

As of 1 June, anyone can be tested for COVID-19. Many more people are getting tested at an early stage of the disease. If people then need to be admitted to hospital in the weeks after their coronavirus infection has been confirmed and reported, this hospital admission is not always reported to the GGDs, or is reported with some delay. As a result, the figures based on GGD reports have deviated from the numbers recorded by the NICE Foundation in recent months. See Figure 1a.

Since the second half of July, the number of hospital admissions based on the GGD reports for COVID-19 increased. See Figure 1b. In the past week from 26 August to 1 September, the GGDs received reports of 57 people who were admitted to hospital due to COVID-19, compared to 84 in the week before.  Not all of these hospital admissions occurred within the last week.

The NICE Foundation reported 11 new admissions to the intensive care units, compared to 28 IC admissions in the week before.*

*A small number of the patients recorded in the past week were already admitted to the nursing ward or intensive care unit in the week before. The figures for last week may be updated accordingly. 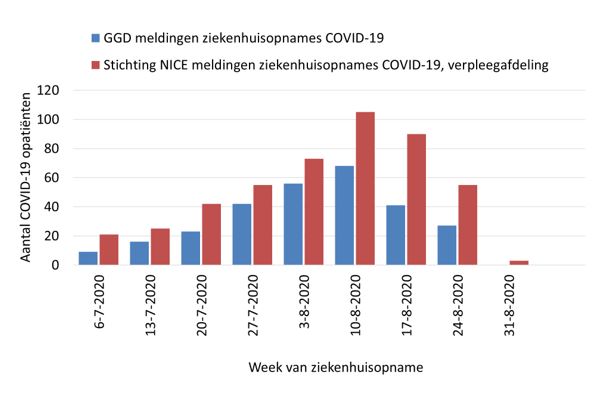