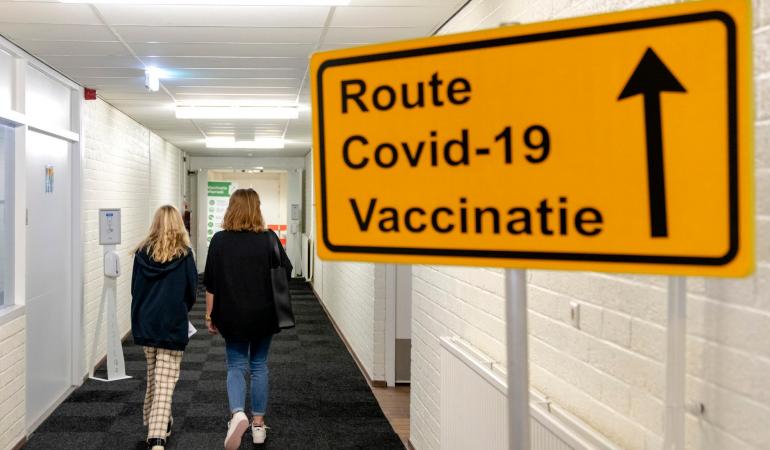 Until recently, these people were only counted in the category of ‘turnout for first vaccination’, because they had received a single vaccination. As of this week, new data from GGD-GHOR  is available that provides insight into the group of people who are younger than 80 years old, have not been vaccinated with the Janssen vaccine, and had previously had COVID-19 before their first vaccination. This final descriptor refers to people who tested positive for COVID-19 in the test lanes operated by the Municipal Public Health Services (GGDs) more than 8 weeks prior to their first and only vaccination and/or people who self-reported having previously had COVID-19 when they came to their vaccination appointment. This group of people are considered fully vaccinated and are now also counted in these figures. As a result, the national vaccination coverage rate for people aged 18 years and older increased by 4.2% this week, including the increase due to extra vaccinations administered last week.

The number of first and second doses given in Europe is reported on the ECDC website. Like Estonia, the Netherlands now includes people who have previously had COVID-19 in its national reports. ECDC reports do not yet use this method. This will mean that the vaccination figures as reported by RIVM will be somewhat higher than the European figures for the Netherlands.