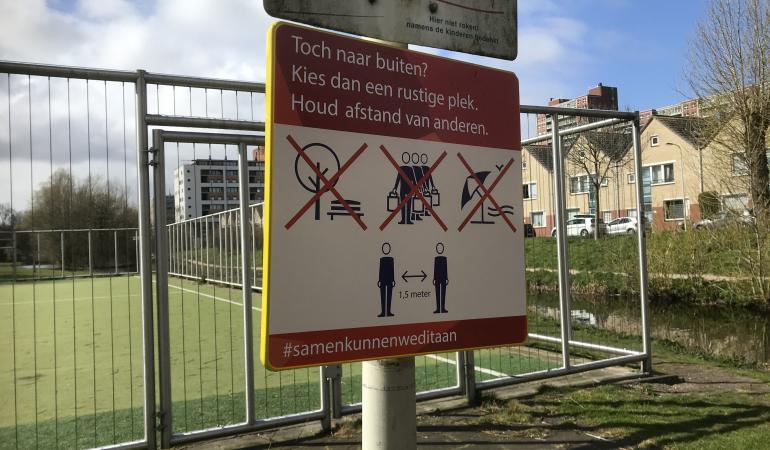 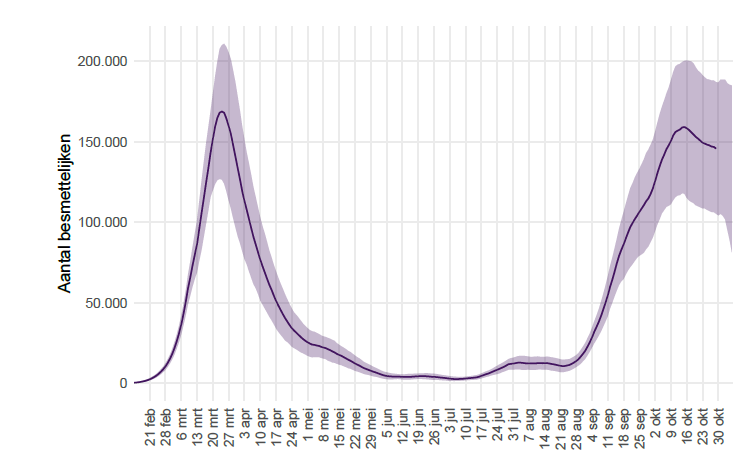 Number of reported COVID-19 infections and differences between regions

*COVID-19 is a notifiable disease, so it is legally required to report a positive SARS-CoV-2 test result to the Municipal Public Health Service (GGD). Everyone, including commercial test providers, must comply with that legal requirement. The Health Inspectorate oversees compliance. The government has published guidance documents (in Dutch) on coronavirus testing outside the GGD test lanes. When providing the test numbers to RIVM, the GGDs do not differentiate between positive tests reported by the GGD test lanes or by others. Test providers not only include commercial test lanes, but also hospitals and GP practices. From early November 2020 until now, it is estimated that about 1% of all newly reported infections were detected by positive antigen tests.

In the week of 9 to 15 November, 226,094* people were tested in the GGD test lanes, nearly 19,000 fewer than in the week before. The test results for 226,083 people are known, and 31,219 people tested positive for COVID-19. The percentage of people who tested positive is 13.8%, a slight decrease compared to the previous week. However, the percentage of positive tests is still high, comparable to early October (week 41), when the positive percentage was 13.6%.

The time between making an appointment and receiving the test result in the GGD test lanes has been greatly reduced in recent weeks. Someone who telephones via 0800-1202 or makes an appointment online will now receive the results of the coronavirus test somewhere between less than 24 hours up to a maximum of 38 hours.

Mortality higher than expected, but upward trend has not continued

Statistics Netherlands (CBS) reports that mortality did not increase any further in the week of 2 to 8 November, compared to a week earlier. As in the week before that, there were nearly 700 more deaths than expected for that week.

RIVM also keeps track of mortality figures on a weekly basis. In the most recent RIVM data for 29 October to 4 November, just as in the week before that, mortality was significantly elevated in the age categories of 65-74 years and of 75 years and older. Mortality was elevated in all regions.
The rising number of additional deaths coincided with the second wave of the coronavirus epidemic in the Netherlands. A significant percentage of the excess mortality is expected to be related to COVID-19. How high that percentage is will become clear later on in the records stating cause of death.

It continues to be important to always get tested if you have mild symptoms that could indicate COVID-19 – even if you think it might just be a common cold. To prevent the virus from continuing to spread, it is important for everyone to comply with the measures and the basic rules. Stay at least 1.5 metres from others. Work from home. If you have symptoms, stay home and get tested. Wash your hands frequently, especially when you arrive at home. Sneeze and cough into your elbow.

RIVM publishes a weekly overview of the number of infections, hospital admissions and ICU admissions, and people who have died from the consequences of COVID-19. Daily figures (which are corrected for later updates in some media, and not in others) may fluctuate dramatically as delayed reports come in, and are therefore less suitable for monitoring the course of the epidemic. RIVM publishes open data every day. Everyone can access the open data. The information can also be found daily on the coronavirus dashboard.