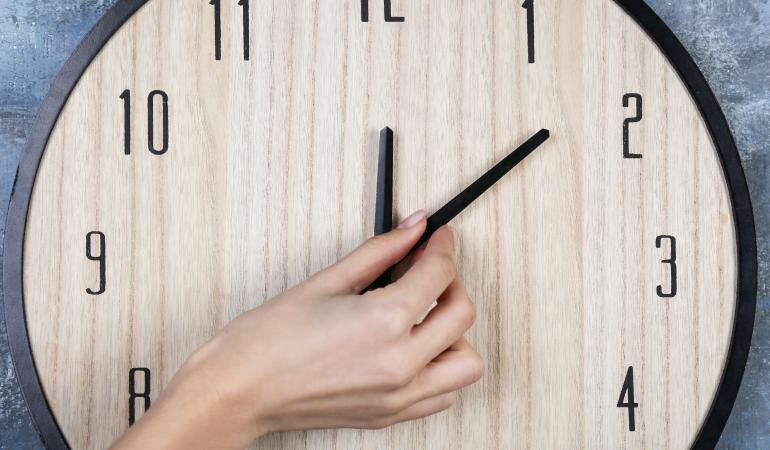 It is beneficial for public health in the Netherlands if we set the standard time, also referred to as winter time, throughout the year. In this time setting, the sun rises earlier, and this is more in line with the human biorhythm. This is the conclusion of RIVM’s international literature review of the effect of time settings on the various aspects of sleep and health.

In the Netherlands, we currently put our clocks forward or backward twice a year, switching between standard time and summer time. Immediately after this switch, people’s sleep is adversely affected; particularly after the clocks are put forward to summer time, people tend to sleep less. There are also health effects after the switches. For instance, there is an increase in heart attacks following the switch to summer time. These direct effects would no longer occur if a fixed time were used throughout the entire year.

Daylight affects human biorhythms, that is among others what time we wake up in the morning or feel sleepy in the evening. It is, therefore, best for public health to stick to one time setting that is in line with the natural rhythm of day and night. That means a setting whereby the sun rises early, which is the case with standard time. If we were to adopt summer time all year round, on the other hand, it would be less favourable to our health than using standard time all year round.  This has become evident from research into sleep and health aspects, such as the duration and quality of our sleep, being overweight, the number of people developing cancer and life expectancy in general. It would be even better for public health if the Netherlands were to adopt Greenwich Mean Time all year round, which is one hour earlier than our current standard time.

In 2018, the European Commission proposed that all Member States choose a fixed time setting for the whole year, thus ending the practice of switching between standard time and summer time. The Dutch Ministry of Health, Welfare and Sport commissioned RIVM to conduct research into the health effects of the two year round time settings, and the effects of switching between them. The RIVM study will assist the government in determining its position in this matter.

Synopsis in French and German are available.