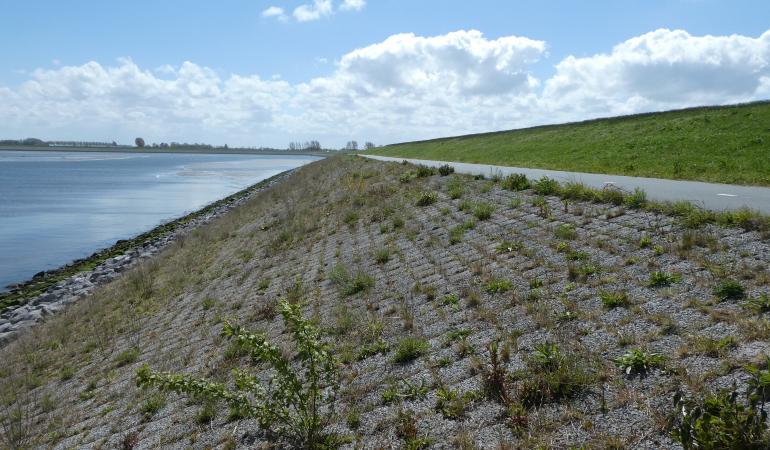 Substances from thermally cleaned soil in the sea dyke in Perkpolder do not pose a risk to the health of local residents. However, substances have been found in the vicinity that do not originate from the dyke, but which do pose a risk to humans or the environment.

RIVM has examined the perceptions, concerns and communication needs of local residents. In relation to these aspects, RIVM has assessed whether contamination from the thermally cleaned soil poses any risks to health, the environment and agriculture. This assessment has established that the detected concentrations in soil, groundwater and surface water are too low to have any health effects, including in the long term. It is safe to walk on the dyke and to swim in the surface water. In addition, the airborne dispersal of the thermally cleaned soil during the construction of the dyke has not affected the quality of the soil of vegetable gardens and farmland. The water from the freshwater lens is suitable for watering crops and cattle.
The surface water and groundwater right next to the dyke are naturally salty. Therefore, RIVM advises against using this water for farming. For the same reason, and because of the presence of arsenic and PFAS, RIVM advises not to let dogs drink water from the ditch. In addition, due to the presence of PFAS, arsenic and dioxins, it is advised not to consume fish you catch yourself in this area.

RIVM has spoken to local residents, farmers, entrepreneurs and policymakers, most of whom mainly have concerns about the long-term effects on health and the environment of pollution from the thermally cleaned soil in the surface water and groundwater. Farmers are also worried about the possible pollution of the freshwater lens next to the dyke. Some people have no concerns and assume the situation will be resolved properly.

The negative perceptions about the sea dyke and the thermally cleaned soil appear to be related to other developments in the local area. In addition, trust in the municipality of Hulst and Rijkswaterstaat has been damaged because residents feel they are not being sufficiently involved. To improve communication, it is important that residents feel heard, that they receive clear and honest information, and that it is acknowledged that certain matters have not been handled properly.

Many of those who were interviewed would prefer for the dyke to be excavated. Excavating the dyke would offer them certainty that they will no longer have to worry about the long-term effects on health and the environment. In addition, they expect that this solution has the broadest support among residents and will therefore put an end to the debate about the issue. Furthermore, they feel that Rijkswaterstaat has the moral duty to clean up the polluted thermally cleaned soil.

Royal HaskoningDHV has suggested possible measures in relation to the pollution in the sea dyke. RIVM has studied what effects these proposed measures could have on health and the environment. If the dyke were to be excavated, RIVM advises taking precautions to minimise the release of dust as much as possible. The effects of the other measures are expected to be limited, although there is no certainty yet on the maximum quantities of metals that could be released.

These studies were commissioned by Rijkswaterstaat. Rijkswaterstaat can use the findings to develop a plan of action for measures in relation to the sea dyke.