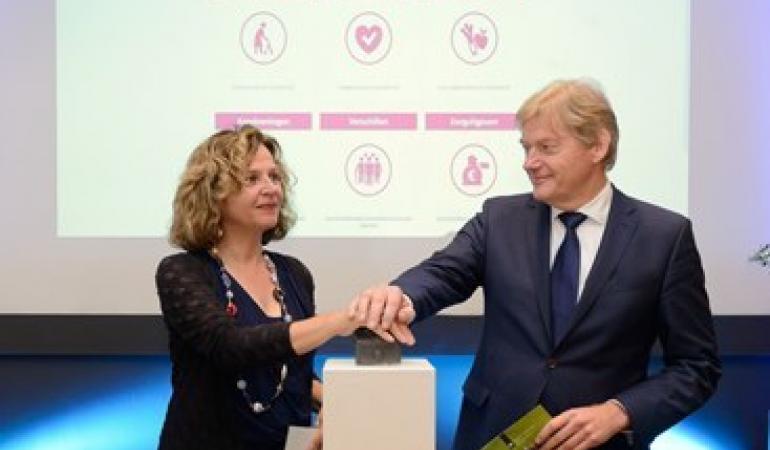 If historical trends continue unchanged, dementia will be the leading cause of disease burden in 2040 and the main cause of death. The number of people who die due to dementia will then increase from 14,000 in 2015 to nearly 40,000 in 2040. This is one of the most important findings of the Dutch Public Health Foresight study (PHF) Trend Scenario 2018. The Trend Scenario shows how the health of the Dutch population could look like in 2040 if nothing were to change from now on. Thus, societal challenges for the future can be identified.

What are the main developments in the Trend Scenario?

The Trend scenario shows that  the Netherlands is ageing and life expectancy will increase to almost 86 years. As a consequence, the prevalence of old-age diseases, such as dementia, will increase; dementia will be the leading cause of disease burden in 2040 and the main cause of death. The increase in mortality due to dementia is not only related to ageing, but also because of decreases in mortality from cardiovascular disease and cancer. Other old- age diseases that will increase considerably are disorders of the musculoskeletal system, diabetes and visual and hearing impairments. For example, the number of people with arthrosis will increase from 1.2 million in 2015 to 2.3 million by 2040.

The number of people with at least one chronic disease increases from 8.5 million in 2015 to 9.8 million by 2040. Nevertheless, in 2040 we will feel as healthy as we do now, and we will not have more activity limitations. The percentage of older people who will feel healthy will even increase slightly. This also applies to the percentage that does not feel limited in their activities.

In the Trend Scenario, future healthcare expenditure will grow by an average of 2.9 percent per year. This will double health care expenditures by up to 174 billion in 2040. This increase is caused for one-third by population growth and ageing and for two-thirds by technological developments and and rising incomes. Cancer costs are rising the fastest. This growth is almost entirely due to technological developments, such as new medication.