In the era of global pneumococcal vaccination, selective pressure on the pneumococcal population may lead to changes in its composition. To monitor these alterations in the population,
genotyping tools for large-scale applications are essential. For this, we compared the multiple-locus variable number tandem repeat analysis (MLVA) with multilocus sequence typing (MLST) using 2 different pneumococcal populations, isolated from patients with invasive disease from Catalonia and the Netherlands.

The MLST and MLVA were performed as previously described (Enright & Spratt, Microbiology 1998 and Elberse et al. PLoS One 2011, http://www.mlva.net/). Pneumococcal populations of 163 and
166 strains obtained in Catalan region in Spain and in the Netherlands, respectively, were genotyped. The population included consecutive pediatric strains from Catalan pediatric patients
(n=78) and all Dutch pediatric strains (n=71) of 2009-2012 and consecutive strains in the age group >5 year from Catalonia (n=85) and the Netherlands (n=95) of 2009-2012.

The Simpsons indices of diversity were high for both methods and comparable between the countries.

The probability of 2 Catalan strains having the same MLVA type also sharing the same sequence type was 93.5%. However, in the Dutch strains this probability was only
59.7%. 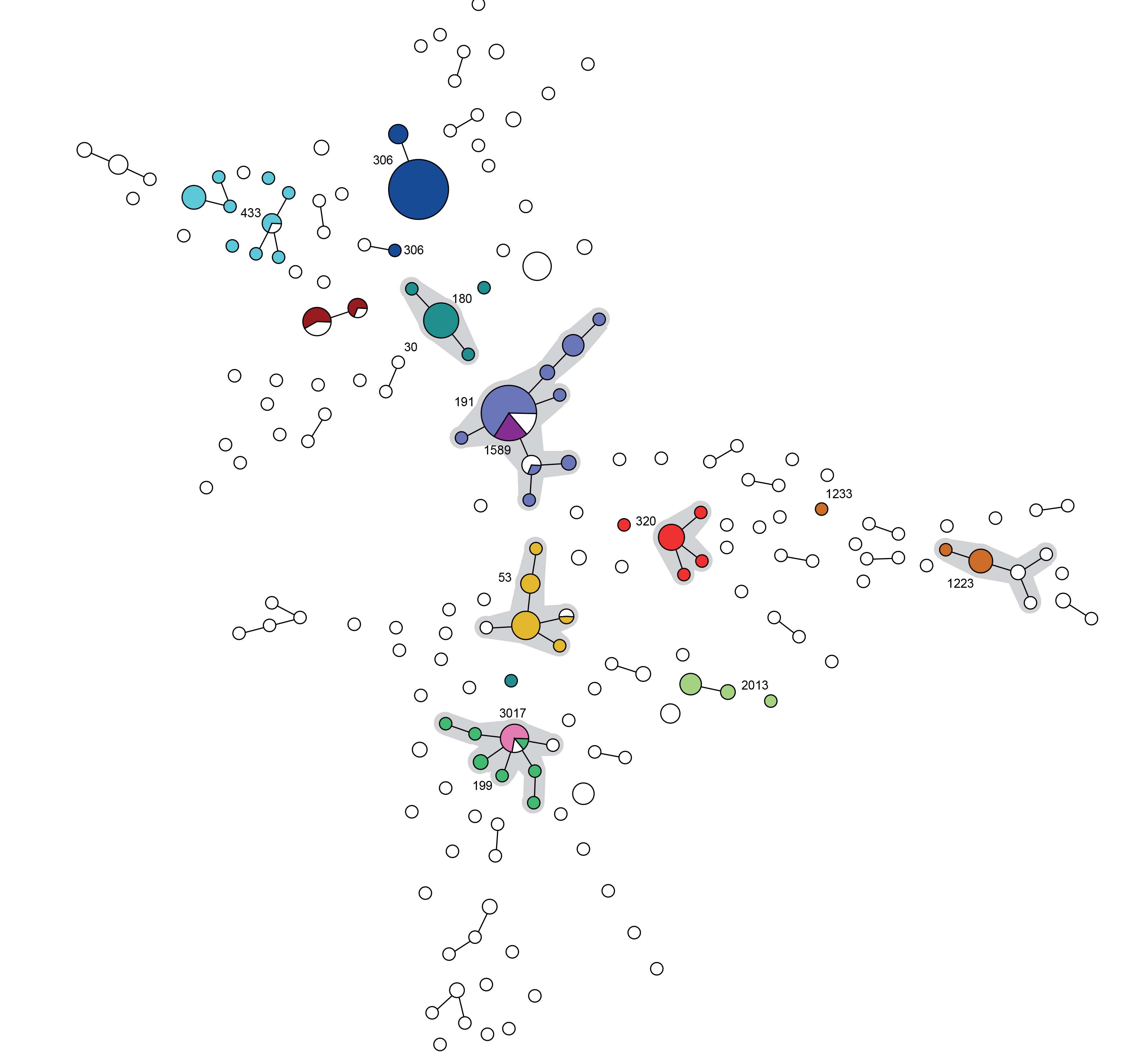 Figure 2. High congruence between MLVA and MLST. Minimum spanning tree of the results of MLVA (n=329). The colors and text indicate the prevalent Sequence Types within this study.

Both methods yield a high diversity index and congruence between the methods was high, but differed between. Using MLVA, we could further distinguish highly clonal isolates, such as the penicillin non-susceptible clones, when grouped by MLST. Although MLST is globally used as gold standard in genotyping of the pneumococcus, the MLVA yield comparable results, may be preferable for typing highly clonal populations and is the cheaper alternative.