The National Action Plan on STIs, HIV and Sexual Health presents an integral approach for the coming five years that is centred around a positive approach to sexuality. A principle of sexual health is that the inhabitants of the Netherlands should be properly informed and able to make sensible choices in the matter. As well as good preventive measures, they must have easily accessible and affordable care in the event of problems.

The action plan has six cornerstones. Two of them are overarching topics: sexuality education, and surveillance and monitoring. Sexuality education is the basis for healthy sexual development and is important for preventing STIs, HIV, unwanted pregnancies and sexual violence. Surveillance means keeping track of how many people experience problems. This data is needed if effective measures, treatment and policy are to be set up. The effect is then recorded (monitoring).

The other four cornerstones state specific objectives for STIs, HIV, unwanted pregnancies and sexual violence, particularly among vulnerable groups. One of those objectives is to reduce long term complications resulting from the sexually transmitted disease chlamydia. Another target is to halve the number of new cases annually of syphilis, gonorrhoea and HIV. The following objectives for HIV have been included in the action plan: by 2022, 95 per cent of people with HIV will be aware that they have the virus, 95 per cent of them will be being treated for it, and in 95 per cent of these patients the HIV virus will no longer be detectable.

Another target is that nobody will be dying of AIDS any more in the Netherlands. To prevent unwanted pregnancies, it is important that everyone in the Netherlands has easy access to contraception and proper information. Combating sexual violence is important, as is care for the victims. That is why schools will be paying attention structurally to behaviour that is unacceptable. Training and refresher courses for professionals in the healthcare and education sectors are central to this. 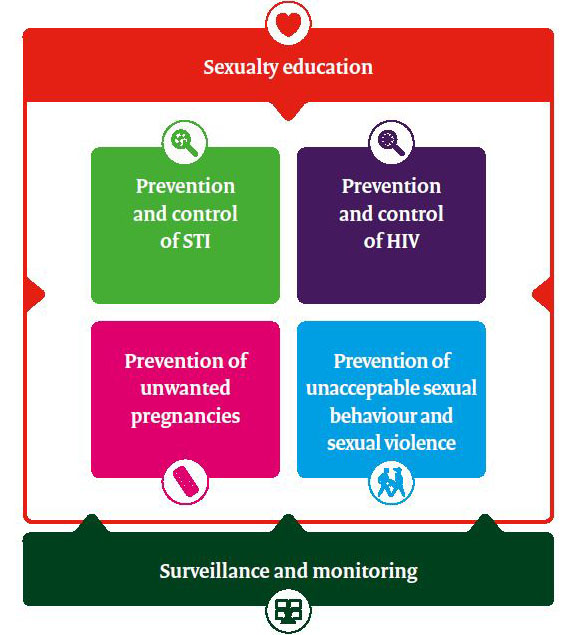 The National Action Plan on STIs, HIV and Sexual Health for 2017-2022 has been produced under the auspices of  RIVM in cooperation with the key parties working in the field that are involved with sexual health.

Video Sexual Health in the Netherlands

Sexual health in the Netherlands

The Netherlands enjoys an open & inclusive society.
It was the first country to allow equal marriage … and to reach out to drug
addicts by promoting free drug substitution therapy and syringes.
They also have some of Europe’s lowest number of teenage pregnancies and abortions.
When it comes to sexual health and rights, the Dutch Approach is evidence
based... and unique. The government works in close relation with municipal
public health services, NGO’s, general practitioners, HIV clinics and key populations.
In the Netherlands, sexuality education does not focus on risks only, but also
emphasizes young people’s rights..., responsibility.... and respect.
And in case things go wrong, there’s a low threshold for counselling, STI & HIV testing and treatment.
Learn more about the Dutch Approach @ rivm.nl.

In 2021, more than 138,000 people were tested for sexually transmitted infections (STIs) at a cen

In 2021, more people visited a Sexual Health Centre (SHC) to get tested for sexually transmitted infections (STIs) than in 2020. This figure is still lower than in 2019, the year before the coronavirus outbreak.

Is screening for sexually transmitted infections as part of HIV care cost-effective in the Netherlands?

Until 2003, Lymphogranuloma venereum (LGV), an aggressive form of chlamydia, was considered to be

In 2012, the number of new consultations at Sexually Transmitted Infections (STI) clinics in the

END_OF_DOCUMENT_TOKEN_TO_BE_REPLACED

Sexually transmitted infections, including HIV, in the Netherlands in 2010

Sexually transmitted infections, including HIV, in the Netherlands in 2014

Sexually transmitted infections, including HIV, in the Netherlands in 2012

END_OF_DOCUMENT_TOKEN_TO_BE_REPLACED

Sexually transmitted infections (STIs) are passed from one person to another through unprotected sex or genital contact.