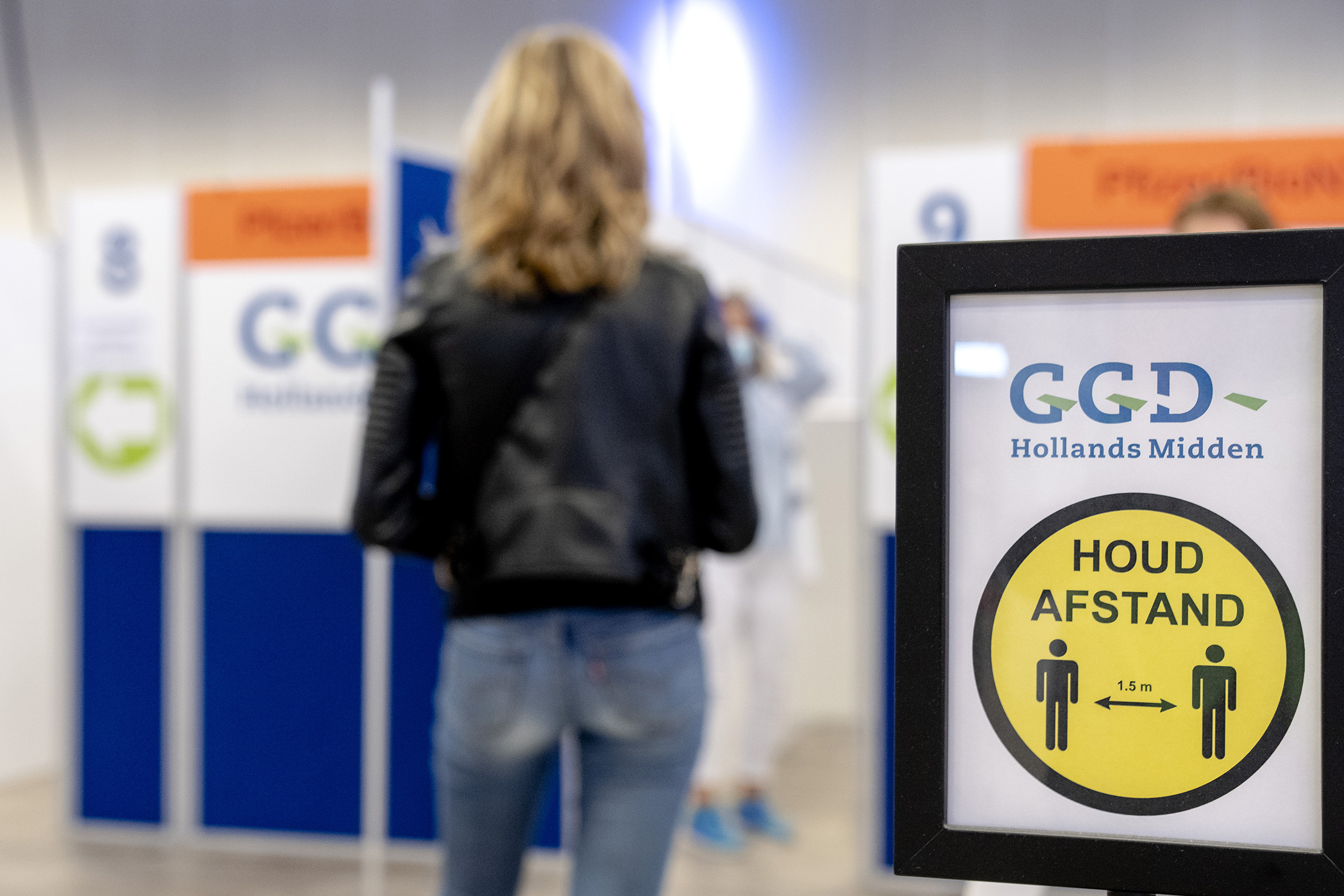 Advisory reports of the Health Council

The Health Council has stated in its advisory report of 5 July 2021 that there is no objection to heterologous vaccination, in which a first dose of the AstraZeneca vaccine can be followed by a second dose of the Pfizer/BioNTech vaccine. A randomised trial in the UK showed that vaccination with the Pfizer/BioNTech vaccine after a first dose of AstraZeneca resulted in antibody levels that were at least as good as or even higher than after vaccination with two doses of AstraZeneca. However, more of the people who participated in the clinical trial reported fever, tiredness, chills, headaches and muscle aches after the combination of two different vaccines. The practical effects of heterologous vaccination on protection against hospitalisation or death are not yet known. Insufficient data is currently available on efficacy and safety of heterologous vaccination with other vaccine combinations.

A first vaccination with the AstraZeneca vaccine followed by a second vaccination with the BioNTech/Pfizer vaccine is the only approved combination; other vaccine combinations are not possible, and homologous vaccination remains the standard. If an absolute medical contraindication has been established for the AstraZeneca vaccine (Vaxzevria®), due to a severe allergic or anaphylactic reaction, thrombosis with thrombocytopenia syndrome (TTS) or systemic capillary leak syndrome (SCLS) after the first vaccination, then this contraindication also applies to the other brands of COVID-19 vaccines. In such cases, the series cannot be completed with the vaccine made by Pfizer/BioNTech (Comirnaty®).

The Minister also announced that the interval between the first and second vaccination will be shorter and more flexible within the next few weeks. However, the details of this are still being worked out. The national call centre of GGD GHOR Netherlands has already received many questions about the possibility of a shorter interval, and issued a request last Saturday for people to wait for further official information to become available.

Myocarditis and pericarditis after vaccination with an mRNA vaccine

The Pharmacovigilance Risk Assessment Committee (PRAC) of the European Medicines Agency (EMA) has released its findings after reviewing reports of myocarditis (inflammation of the heart muscle) and pericarditis (inflammation of the outer lining of the heart) after vaccination with the mRNA vaccines against COVID-19: Comirnaty® (Pfizer/BioNTech) and Spikevax® (Moderna). PRAC recommends adding myocarditis and pericarditis to the package leaflet for these vaccines as very rare side-effects, along with a warning for healthcare providers and consumers. It is important that doctors and people who have been vaccinated pay attention to symptoms of heart inflammation, such as shortness of breath, chest pain and a forceful heartbeat that may sometimes be irregular. For more information in Dutch, see the explanation provided by the Medicines Evaluation Board (CBG-MEB).

In view of the fact that some non-mobile people still need to be vaccinated, and that these numbers are lower than expected, the fastest way to vaccinate this group is to continue working with the current implementing party: Thuisvaccinatie.nl. To shorten the waiting times for home vaccination through this service, there has been an additional focus on such measures as helping people to travel to the vaccination site after all wherever possible, improving efficiency in this vaccinator’s internal processes, and involving GPs who have assisted in administering these vaccinations (about 450 prepared syringes have already been collected from GGD locations). GPs can still pick up a prepared vaccination syringe from the GGD for this purpose. From Thursday 8 July on, GPs can also register patients for vaccination via Thuisvaccinatie.nl. Additional information about vaccinating people living at home who are not mobile enough to travel has also been provided to GP practices via an alert, including the link to the application form and working instructions.

Vaccinated with COVID-19 vaccine as part of a clinical trial

Pharmacovigilance Centre Lareb has posted a new update about reports of possible adverse events following immunisation with COVID-19 vaccines which were reviewed by experts up to and including 4 July 2021. In total, there have been 93,453 reports of adverse events following vaccination (66,724 regarding the first vaccination and 14,756 regarding the second vaccination), which represents about 16.5 million vaccines administered. Most reports involved known, short-term side-effects.

So far, Lareb has received some reports of the very rare and serious adverse reaction known as ‘Thrombosis with Thrombocytopenia Syndrome (TTS)’, involving 32 reported cases after the AstraZeneca vaccine and 2 after the Janssen vaccine; 5 people have died. In 18 of these reported cases and three of the deaths, it is almost certain that the rare side-effect was involved. Lareb has not received any reports of ‘systemic capillary leak syndrome’ (SCLS) after receiving the AstraZeneca vaccine, but has received one report in the context of the Janssen vaccine; this person died.

To help the vulnerable, to protect your own grandparents, or to be able to go to festivals again: all sorts of reasons to get vaccinated. Time to hit the streets and ask people about their reasons for choosing whether or not to get vaccinated. 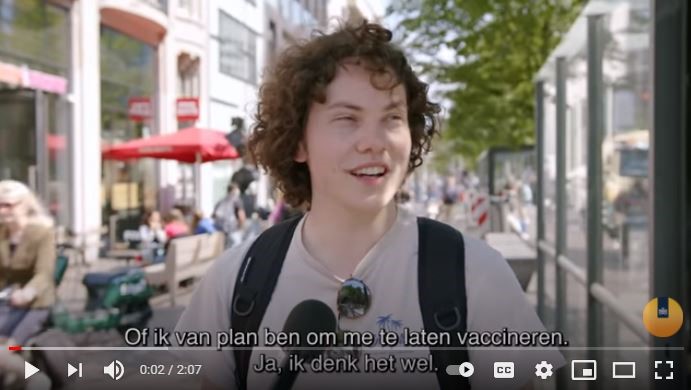 Watch the video (in Dutch).

For questions and/or comments about this newsletter, healthcare professionals can send a message to vaccin-covid@rivm.nl.

Private citizens can call the public information number 0800 - 1351 with their questions.