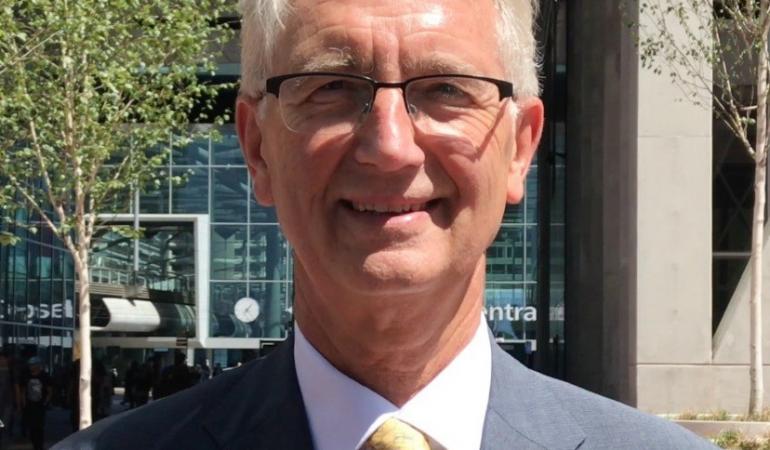 In our annual report, we look back at compelling RIVM projects and research in which RIVM was involved in 2016. Our expertise is broader than what we can showcase in this report. Accordingly, we present some of the most notable examples from 2016. For instance, the National Risk Profile, a large-scale study into the health effects of the livestock sector in east Noord Brabant and north Limburg, the new population screening for cervical cancer, and of course, our report on rubber granulate.

RIVM plays a relevant role in the very heart of Dutch society on a day-to-day basis. The topics we work on have an impact on people, public health, the environment, and the spaces in which people live and work. We further strengthened our role as trusted advisor and intensified our contact with society.

"Working in the very heart of society" is our starting point. The website, as well as social media, plays an important role. In 2016, RIVM  increased its social visibility in various media. RIVM appeared more frequently in newspapers, was mentioned more often online, and the website was visited more frequently. Infographics about this data are available in the annual report.

This year’s annual report is once again published as an online magazine, which is easy to read and share. New this year is  a video  introduction featuring RIVM’s Director-General.

(On-screen title: Introduction RIVM annual report 2016. While talking to one another, a man and woman walk side by side down the street. André van der Zande:)

(Over 12,000 posts about rubber granulate and RIVM appeared on social media from October through December 2016. The situation was crystal clear: many people were wondering whether it was advisable to play sports on pitches covered in rubber granulate.)

(It was a hectic period, since a difficult and important question had to be answered within a very brief timeframe. The question extended beyond the confines of a scientific study. Accordingly, we established a consultative group that reflected Dutch society, including all the stakeholders.)

(Respecting each party's role and responsibilities, we continuously shared information and signals with them as they became available. This approach allowed us to respond appropriately to the pressing issues that concerned society at that time. This example is just one of the ways that RIVM plays a relevant role in the very heart of Dutch society on a day-to-day basis.)

(The topics we work on have an impact on people, public health, the environment and the spaces in which people live and work. Everyone deals with these topics every day. One of the people who had a major impact over the past year was our colleague Guus Velders. The US-based Time Magazine named him one of the world's 100 most influential people.)

(Guus received this prominent ranking for his ground-breaking research on the climate effects of hydrofluorocarbons. This work led to the October 2016 climate agreement in Kigali.)

(In the Kigali deal, world leaders agreed to significantly phase down the use of these specific greenhouse gases over the next few decades. In 2017, RIVM staff members will increase contact with their social environment, the public at large, in order to intensify our role as a trusted advisor.)

(Our aim is to be a reliable, independent advisor at the heart of Dutch society. In 2017, we aim to continue making a difference, standing strong to promote public health and safeguard environmental quality.)

(The Dutch coat of arms, next to: National Institute for Public Health and the Environment. Ministry of Health, Welfare and Sport. The screen turns orange and white. On-screen text: Read the annual report at www.rivm.nl/annualreport2016. A production of RIVM. Copyright 2017. Committed to health and sustainability.)

THE TRANQUIL MUSIC CONTINUES AND THEN FADES AWAY