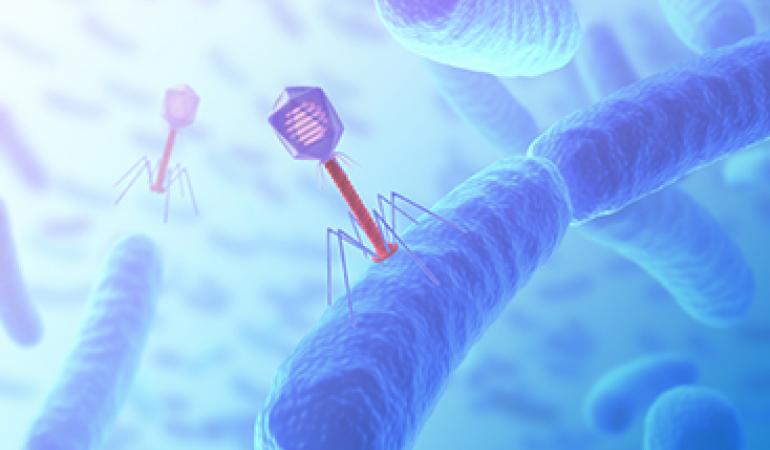 Bacteriophages (or phages) were discovered early in the 20th century, in the same period as antibiotics. Phages have a different mode of action compared to antibiotics. A phage is very specific for one type of bacterium, while antibiotics are effective against multiple species of bacteria. This prohibits the use of phages in the treatment of acute infections: the causative bacterium has to be identified and cultured before a matching phage or phages can be found. This process can take a few days. Because of these practical concerns, antibiotics were more successful and phages fell out of favour.

The understanding of the precise mode of action of bacteriophages when treating infections, how they act in the human body, optimal dosage and length of treatment and the risks of use is still limited. Phages are not suitable for treatment of acute infections because of the time-consuming and complex preparation process. In theory, phages should be useful in treating chronic infections, such as superficial skin infections. More controlled clinical research is needed to answer these questions.

Aside from practical concerns, the current European legislative framework for pharmaceutical products is not suited to be used for biologicals, such as phages. Efforts are being made at the European level for a possible revision of legislation on biologicals. Legislation on the use of biologicals is less strict for different fields such as agriculture and food production than it is for human use. Phages are already being used in these fields.

A RIVM delegation has visited the Eliava Institute of Bacteriophages, Microbiology and Virology in Tbilisi, Georgia, at the end of April. Since 1923, this institute has specialised in the development and production of bacteriophages. During the visit, it became clear that a start was made to bring the production facility more in line with the Western quality assurance system of GMP (Good Manufacturing Practices). The main indications for bacteriophage therapy for Georgian patients at the outpatient clinic of the Eliava institute are dysbacteriosis (disruption of the balance of various types of intestinal bacteria) and irritable bowel syndrome, (chronic) diarrhea, skin ulcers and laryngitis. Employees of the Eliava institute also confirm the need for further research. To this end, they seek to collaborate with partners in Europe and the US.