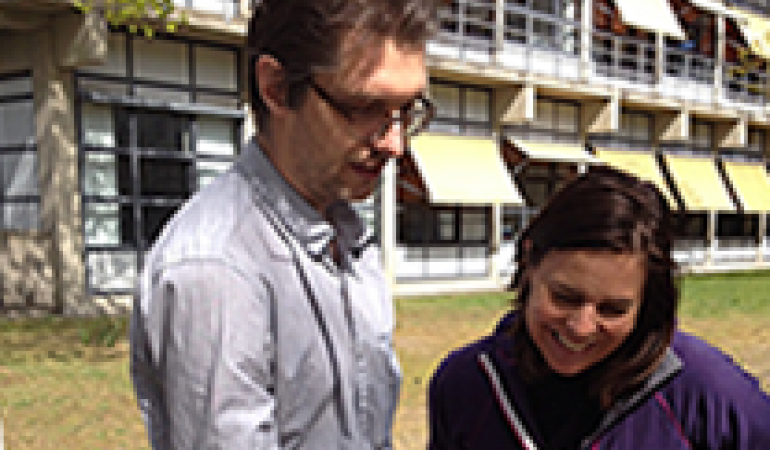 Climate reporter and expedition leader Bernice Notenboom and her team left for Greenland on 4 May 2015 for the second part of the Arctic March. Over the next few weeks, she will investigate the effects of climate change in the polar region.

In 2014 Bernice Notenboom undertook an expedition (the Arctic March) from the North Pole to Canada to promote and focus attention on the fragile balance in the Arctic. But she was in for a surprise, because against all expectations and long-term averages, she mainly experienced storms and headwind. At a certain point the ice was melting so rapidly that she and her team were evacuated.

The expedition prompted her to investigate the causes of climate change and the pressure that is exerted on the polar region. RIVM supports this research by providing knowledge about air pollution and the effects it has on the climate system.

From 5 through 23 May the expedition team will carry out research on both sea ice and the mountains and glaciers of Greenland. Bernice will share her experiences from Greenland through Facebook: The Arctic March and Twitter @arcticmarch.

RIVM will support this Arctic expedition by providing knowledge about air pollution. Bernice and her team will carry out air quality measurements on Greenland, and RIVM will analyse and interpret the results after her return. In order to prepare for the expedition Bernice and an RIVM team have already carried out air measurements in the North Sea. An understanding about emissions from ships in the North Sea would provide us with an indication of the emissions ships would release in the vulnerable polar region.

Bernice Notenboom is currently working on a documentary that maps the changes in the Arctic. Does particulate matter the Western world emits reach this remote area? What are the consequences for the polar region if the shipping route along the north of Russia becomes a popular route? Does particulate matter intensify the loss of polar ice as a result of climate change? All of these are questions they will try to answer during the Arctic March expeditions.