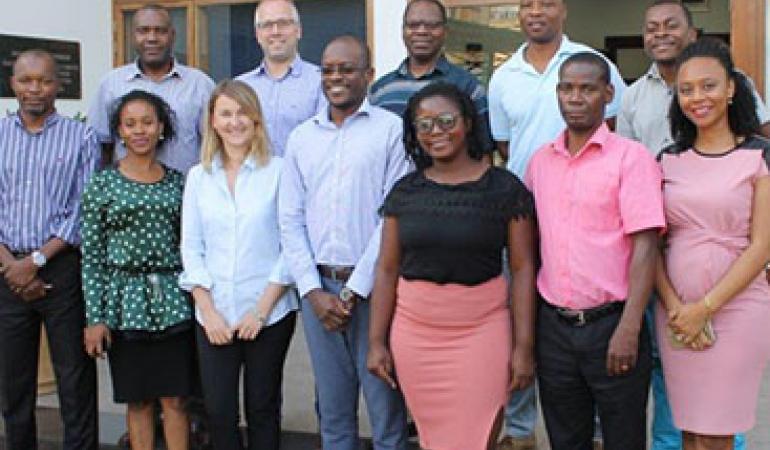 RIVM and the Institute for Water Education (IHE) Delft facilitated a workshop on Climate Resilient Water Safety Plans (CR-WSP) on January 22 - 23 2018, in Maputo, Mozambique. In a highly interactive environment, a small group of key players in the Mozambican water sector were brought together: the Water Supply Regulatory CRA, the asset holder AIAS and the water suppliers AdeM and Collins .

During the training given by Dr Doctor (Doctor ) Giuliana Ferrero of IHE Delft and Mr Harold van den Berg of RIVM, attendees participated in exercises aimed at refreshing their knowledge on WSP and improving the existing WSPs developed since 2014 for Moamba and Maputo. Special attention was devoted to making WSP climate resilient. With this training, CR-WSP can be further developed and implemented in the small town of Moamba, which is in line with the objectives of project SMALL.

Moreover, a session at the end of the training was devoted to starting up the discussion about the potential for scaling up WSP to the entire country. Participants debated about local capacities, which institution(s) shall lead the scaling up process, financial implications, the political will to include WSP in the national regulation, etc. This workshop was instrumental in raising the profile of WSP on the agenda of the water sector and it will eventually lead to a high-level meeting on WSP that will take place in late 2018 - early 2019.