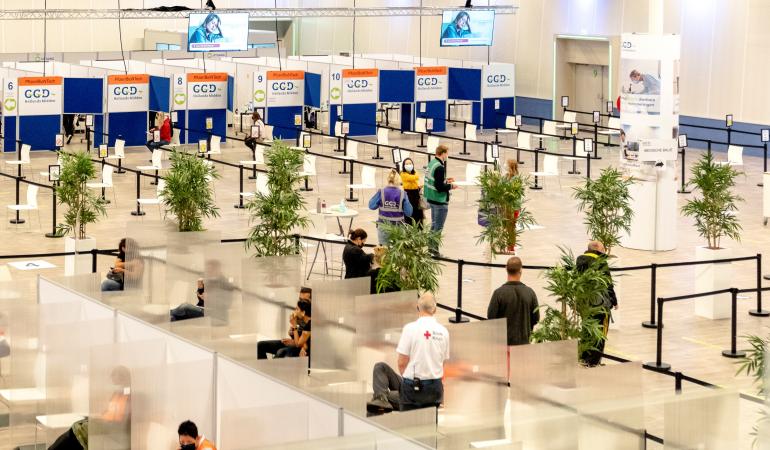 RIVM has been publishing national and regional figures on COVID-19 vaccination in the Netherlands every week since 19 January 2021. As of 24 May 2022, the method used to monitor vaccination figures has been optimised and population data has been updated. As a result, the figures provide a more up-to-date and accurate overview of vaccination coverage in the Dutch population. The optimisation process has resulted in adjusted vaccination coverage figures.

From today on, RIVM will be using population data from April 2022. Population data from 1 January 2020 had been used until now. In using that reference date, RIVM remained consistent with ECDC, which had also been using data from 1 January 2020. As of today, people who were vaccinated, but later died or emigrated from the Netherlands, will no longer be included in the vaccination figures. This provides a more up-to-date overview of vaccination coverage in the current Dutch population. Population figures are updated regularly.

RIVM will now rely on the COVID-19 vaccination Information and Monitoring System (CIMS) and the data registered in CIMS for the vaccination figures. Using CIMS makes it possible to exclude people who have emigrated or died. RIVM will no longer be using estimates based on the number of vaccine doses that were supplied. Source data from CIMS will be supplemented with GGD vaccination data that is not registered in CIMS. The number of vaccine doses administered by other vaccinators will be calculated using assumptions based on the GGD data. This method now also takes into account that a single vaccination following a COVID-19 infection also counts as a completed basic series of vaccinations.

More adjustments may follow in the future, in response to updated population data and ongoing improvements in source data and processing methods.